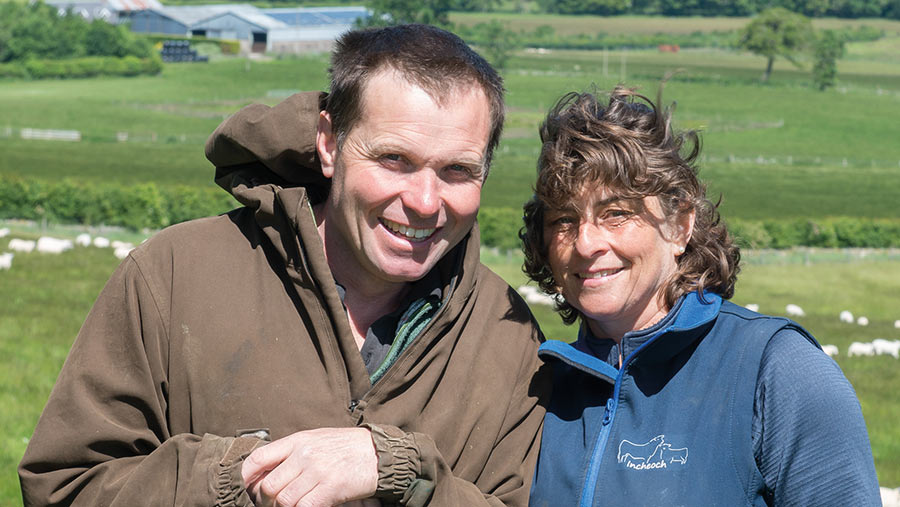 Exacting standards on the maternal ability and commercial performance of breeding stock have grown the customer base of a Scottish farm’s Texel and Lleyn rams.

Neil and Debbie McGowan of Incheoch, near Blairgowrie, 2020 Farmers Weekly Sheep Farmers of the Year, have doubled the volume and value of rams at their September “Working Genes” on-farm sale.

A simple mantra has given the McGowans an unwavering commercial focus on selection. Their breeding programme strives to find sheep that:

Farmers Weekly spoke to the McGowans to find out what this means in practice.

A key part of progress with the Lleyn flock is the probationary flock of about 200 head, into which all shearlings go.

Depending on performance, they are either promoted into the 350-head stud flock– from which rams are sold – or relegated to a 500-head commercial flock to be tupped by a Texel.

“The benefit of having a terminal flock allows us to remove sheep from the stud flock at uneconomically strict levels, but still produce prime lambs from them.”

If the McGowans recorded nothing else, ewe efficiency would be the piece of data they would record and monitor.

This trait includes scanning percentage and prolificacy, lambing ease, mothering ability, milkiness and the ability to thrive in the environment, explains Mr McGowan.

Weaning weight is taken at 100 days (from mean lambing date) using the weigh crate, with weights recorded via electronic identification (EID) technology and put into a spreadsheet.

Three traits are recorded in all the Lleyn ewes.

Culling sheep with poor scores has resulted in much more attentive sheep, easier lambers and more vigorous lambs after the system was developed with the help of sheep consultant John Vipond.

“Taboos” such as lambing shearlings on their own, lambing in fields with footpaths and taking the snacker into lambing paddocks can now all be broken as ewes are very maternal.

Notebooks are carried when lambing checks are done in the morning and again in the afternoon. A score is given for each and entered into the flock’s spreadsheet.

Ewe behaviour is the most important score to monitor so poor mothers are removed, while the least important is lamb vigour, explains Mr McGowan.

Prolapsing is on the farm’s culling “naughty list”, although many other undesirable traits are kept out of the stud flock by the terminal flock.

Repeatedly lame sheep are culled, but sheep with difficulties in mobility or a badly shaped foot or hoof are demoted to the terminal sire flock.

Sheep should be challenged, and for this reason a foot-rot vaccine is not used and foot-rot elimination has never been a goal.

Their involvement with two mastitis projects with the University of Warwick taught them to be strict on long teats and dropped udders, but less picky on lumps (which can be signs of clinical or chronic mastitis).

Tight udders, short teats and good wool cover on the udder are the aims; ewes with poor udder and conformation are demoted to Texel rams.

The McGowans see good record-keeping on these functional areas as a key part of improving the flock.

“Lay out the challenges, set the parameters, and then the right ewes select themselves and the ones that need culling make themselves known quite easily if you can keep good records,” says Mrs McGowan.

The McGowans believe in estimated breeding values (EBVs) for sheep and use them to inform tup purchases and to ensure breeding policies are balanced.

For example, a very prolific ewe might run with a slightly less prolific sire to optimise scanning rates, or lean sheep can go to a high fat depth tup to correct that trait.

Signet is also helping the flock make progress in tricky areas, such as maternal ability, lamb survival and worm resistance.

Signet takes fat and muscle ultrasound scans, and a small sample of Texels are scanned with a computerised tomography scanner in Edinburgh.

Bringing it all together

Many breeding decisions are done in the office on data, matching up females to males and deciding which sheep should be promoted to the stud flock, culled, demoted to the commercial flock, or kept on probation.

Spreadsheets of inbreeding checks (5-6% maximum), maternal behaviour scores, weaning efficiency for the past three years and Signet EBVs are all printed off to make decisions on the day.

When a sheep comes up a race the EID reader will often prompt the drafting decision, with a visual and physical assessment being the final important stage. 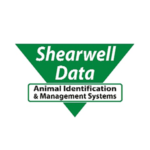 The 2021 Farmers Weekly Sheep Farmer of the Year Award is sponsored by Shearwell Data.