Her dam, by Solwaybank Major, sold at the Dark Diamonds sale in 2015 for 9,000gns. She was sired by Rhaeadr Rolex and had been flushed to Rookery Rodeo. She sold to Stewart Craft, Leslie, Fife.

L and M Liggett’s Carony flock, from Drumquin, County Tyrone, achieved a best bid of 4,100gns for their ewe lamb DBB:17:00719. This one is sired by Rhaeadr Redbull and out of a dam by Cairnton The Cracker. She sold to an undisclosed buyer. 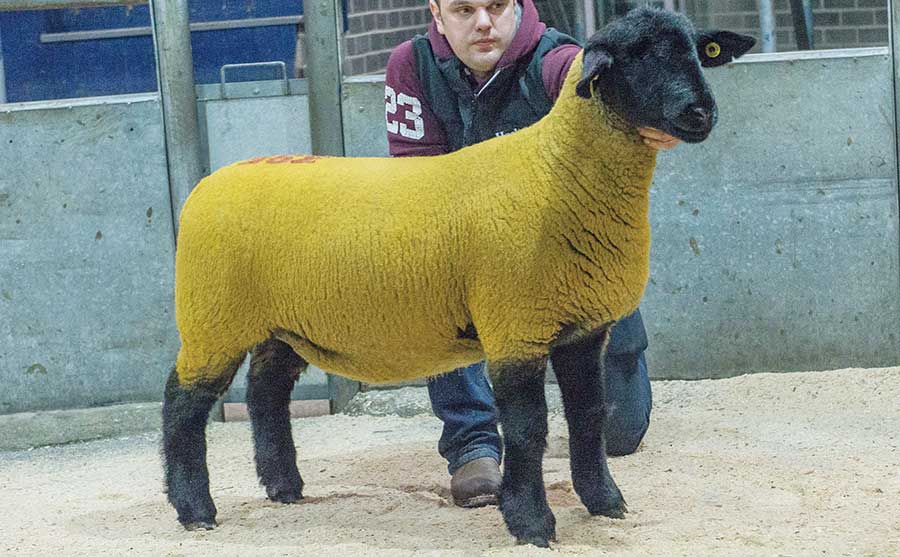 Then Birness pen’s best bid of 3,400gns was paid by Ronan McLaughlin, Inishowen, County Donegal, for their gimmer 1W:16:01689. Sired by Redbrae Rambo, she is out of a dam by Rhaeadr Giggsy and sold in lamb with one to Crewelands Megastar. 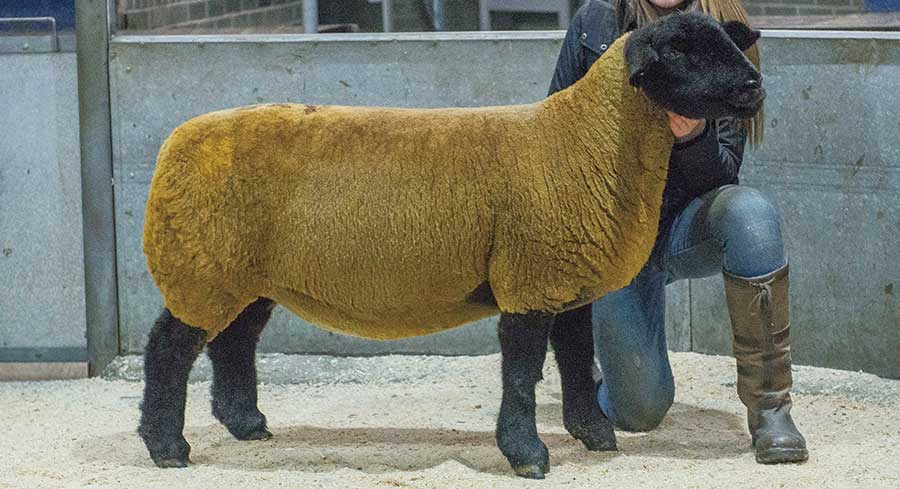 Next at 3,200gns came the Forkins flock of AR Gault, Newtownabbery, County Antrim, with the ewe lamb AOR:17:01922. She is by Forkins Fandago and is out of a dam by Cairness Kanine, the best ewe in the flock. Buyer was A Bothwell, Ayr, Ayrshire.