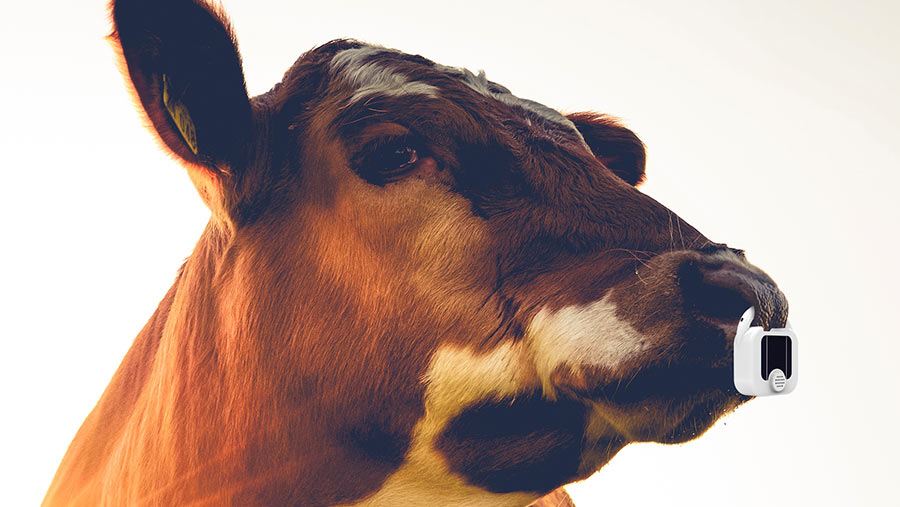 A “smart” cattle nose-ring developed by a British agtech start-up could hold the key to reducing burped methane from cows, while creating a market for added-value beef and dairy products from certified “low-emission” herds.

Methane, a greenhouse gas, is emitted from ruminants in the digestive process. And with meat and milk production expected to double by 2050, previous suggestions for methane-reducing solutions have ranged from the scientific (rumen additives) to the bizarre methane-collecting backpacks.

Now, the Zero Emissions Livestock Project (ZELP), a start-up from London’s Royal College of Art’s Innovation Centre, believes it has the answer.

See also: How to reduce ammonia emissions on farm

The son of a fourth-generation cattle farmer from Argentina, Francisco Norris, has combined his agricultural knowledge with an MA in design – and a trio of electronic, mechanical and chemical engineers – to develop a wearable device that oxidises methane in real time.

ZELP at a glance

“As the cow exhales, the device detects methane and activates a ‘micro-oxidation’ chamber, where it’s turned into carbon dioxide and water vapour,” explains Mr Norris.

“We expect to convert up to 80% of the cow’s exhaled methane.”

“Methane isn’t just greenhouse gas emissions, but lost energy for the cow, wasting up to 12% of feed energy,” he says. “By counting the oxidations, and recording the animal’s calorific conversion efficiency, we learn which cows have a more efficient gut. Then we can select cows with a ‘low-pollution’ genotype, and the farmer has another metric on which to select higher-performing, more profitable animals.”

Geolocation is standard, and the device is battery-powered, backed up by two mini solar panels and a thermo-electric generator.

The device transmits data to a cloud server, where it is stored for the animal’s lifetime and is accessible to the producer for management and analysis. 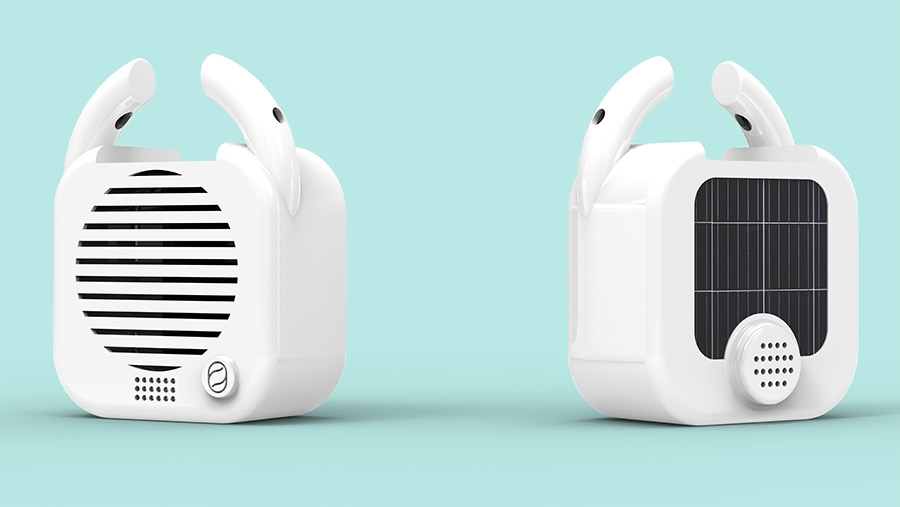 No charge for device

ZELP intends to provide the device to farmers at no cost. The company’s value proposition relies on three income streams. The first, in partnership with processors and retailers, is to develop certification schemes for “low-emission” beef and dairy products.

“Our market research shows two-thirds of the middle to high-income population would pay up to 27% more for ‘green’, low-emission products,” says Mr Norris.

“We’ll set up and administer the schemes – we’re in discussion with three of the biggest US meat and dairy processors – and share that premium with the producer.”

A device-wearing cow also becomes a “carbon credit generator”. Each animal could generate two or three carbon credits a year, which can be traded and sold for between £3.77 and £11.32 each.

Then there’s the value of the aggregated data for production and profitability insights.

“If we can get this right, low-emission meat helps put us back in the game against synthetic and plant-based meats from the laboratory,” says Mr Norris. “If we can eliminate the methane, we can reduce ruminants’ impact on the environment by a factor of 85.”

Prototype testing moves up a gear later this year, when the device starts trials at Argentina’s National Institute of Agricultural Technology (INTA). An angel funding application is underway, which will be directed towards further research and development during 2019.

“If development continues as planned, we’ll bring ZELP to the market in 2020,” says Mr Norris.