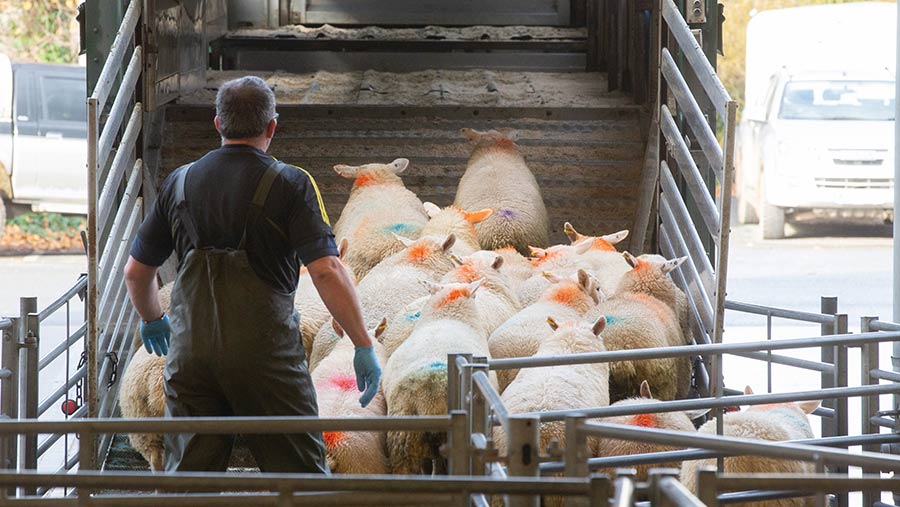 Warmer weather at home and on the continent has met a seasonal increase in prime lambs to take £3 a head off finished stock this week.

Great Britain’s SQQ fell 14p/kg in July to stand at 188.09p/kg last week, with deadweight processors dropping base prices to around 390p/kg.

France’s school holidays and reduced lamb consumption due to the warm weather has meant the demand side of the market has suffered as supply starts building, say analysts.

See also: Lamb prices start to lift as buyers look ahead to Easter

A busy Lanark market has seen lamb throughputs lift to 33% and cull ewe numbers hit new highs, according to Archie Hamilton, head of sheep sales at Lawrie and Symington.

Mr Hamilton said the Qurbani feast of Eid-al-adha was earlier this year, meaning many lambs had not reached the six-month age limit for the Islamic festival, shifting focus on to cull ewes instead.

He said a yarding of 4,200 ewes was a record in recent times for Lanark and that ewe entries had doubled over the past year.

Numbers lifted at Skipton on Monday as 2,415 lambs averaged 182/kg, a drop of 10p/kg on the week, with Ted Ogden also noticing a surge in sheep numbers.

He said demand has slowed somewhat for prime lambs, but Muslim festival demand was maintaining a strong cull ewe price in spite of throughputs being double the normal amount.

A remarkably buoyant trade was reported at Ross market this week (22 July) despite attentions turning to the Royal Welsh Show and deadweight price cuts, said auctioneer Will Probert, RG and RB Williams.

He said £90 had become a mental ‘ceiling on price’ in recent weeks, which buyers were struggling to pass.