A total of 50 different purchasers yielded strong trade for the milking and in-calf portion of the famous Beaufort herd of British Friesians at Sedgemoor on Thursday (16 August).

Bull dams and top pedigrees were available from the high performing cows of James and Louise Macpherson, Burley Road Farm near Salisbury.

Bidders from Cornwall, Carmarthen, Cumbria and across Ireland came after some of the breed’s top-recorded cows, seeing an all-in sale average of £1,409.52.

The Macphersons were forced to cut numbers after being faced with losing a large portion of rented acreage, initially built up to support their council holding tenancy.

Topping at 3,000gns was bull Beaufort Kriminal and cow Goonhilly Chad Verity (EX92), with Kriminal already having two brothers at Genus. He is from the famous Katja family. 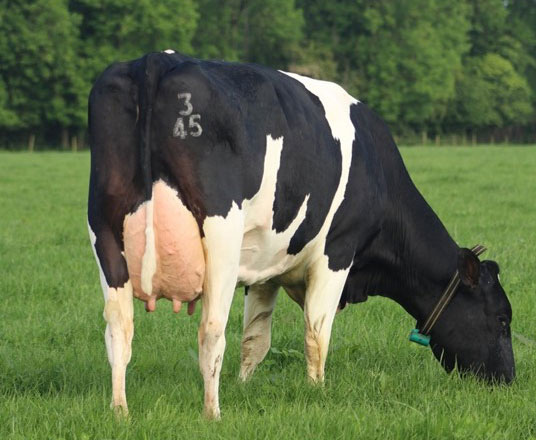 Goonhilly Chad Verity is the first Catlane Chad heifer to be classified as Excellent and is in her fourth lactation since February.

A 2009-born daughter of Beaufort Milkman, who is also at Genus, made 2,600gns. Rodbrook Milkmaid is in her fifth lactation and is due to calve in December.

Prices of 2,100gns followed for an April calver from the Katja family and 2,000gns for a Hilton cow giving 41.2kg and a EX90 third calver.

Historically, the herd’s foundation started with Rodbrook, Cheshire, when the Macphersons bought the herd in its entirety.