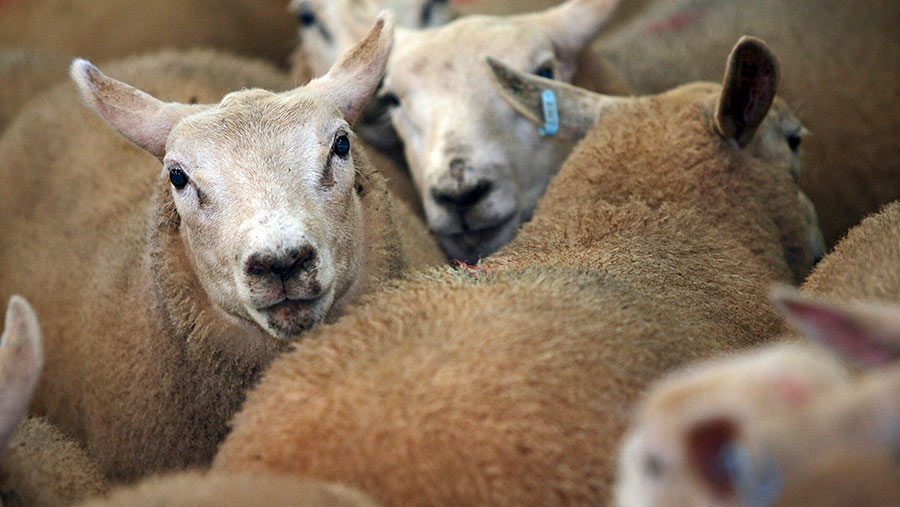 A 20-30p/kg jump in liveweight lamb values has prompted calls for processors to offer more than £6/kg for lambs to secure volume.

Store lamb buyers will take heart from the early November rise after spending £85-£90 a head on long-term store lambs.

Many say the strong trade is “supply driven”, following a 9.4% reduction in sheep numbers in anticipation of Brexit, leaving breeding females at an eight-year low of 15.3-million head.

Livestock agent Stephen Kirkup said meat firms were short-staffed and had been very “hand-to-mouth” all autumn, with very little surplus in the chillers.

A tail-end show of lambs achieved an SQQ of 281.1p/kg at Rugby on Monday (8 November), with the region’s supply currently seeing breeders’ lambs drying up and store lambs in limited numbers.

Trade lifted about 28p/kg on the week despite a 41% increase in lambs, said auctioneer Tom Wrench of Rugby Farmers Mart.

Lambs killed out at 1-2% less this year, so the equivalent deadweight price is comfortably over £6/kg, with some lambs making the equivalent of £6.35/kg by the end of the sale, he added.

“Rather than taking 20p/head a week, some dairy farmers are coming out to buy lambs themselves and hopefully turn £90 stores into £150 store lambs next year.”

Auctioneer John Walton of C and D Auction Marts said there was good demand for anything well finished, from 35kg right up to 60kg.

“Numbers are short nationally, and I think a few lambs have just been lacking finish,” said Mr Walton. “I think we will see more lambs coming forward in two-to-four weeks’ time as fed lambs come ready.”