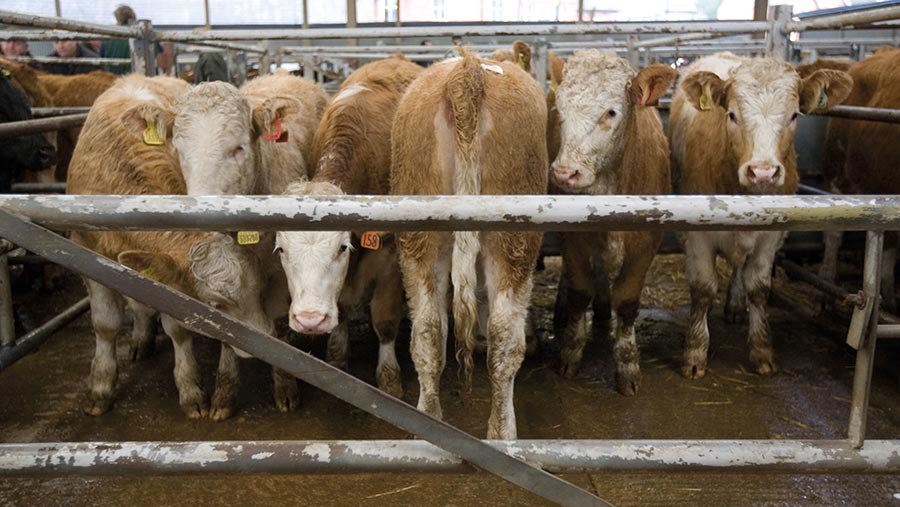 Some finishers have been forced to buy younger cattle because rising straw costs and a buoyant beef market have brought cattle on to the market earlier in the West.

Trade suggests finishers are confident of margins being made on expensive stores. The AHDB outlook has predicted a 5% fall in UK beef production this year, although higher imports and lower exports are expected.

Analysts say Covid-19 restrictions and a reliance on supermarkets sourcing British product will continue to be a key driver of beef values.

Robert Venner of Greenslade Taylor Hunt said the strong store trade and straw prices were bringing cattle out a couple of months earlier than normal.

He said Sedgemoor’s numbers – with throughput 30-40% up on the year – were pleasing but stressed that fewer cattle would be available in March and April.

“We can only sell these stores once,” he said. “Through the second half of 2020 cattle were running at about £150 a head up on the year. Now it’s more like £100-£120 dearer because prices improved this time last year.”

“Our area is so wet people want to house sheep earlier than usual,” said Mr Owens, who has seen January store cattle entries up 40% on the year at the market.

“Younger cattle values usually lift in March, but they’ve gone up already. Barley straw delivered to farms is at £140-£150 a tonne.”

The suckler bred cattle section had regularly seen nine-to-12-month-old Charolais cattle at about £1,100 a head and Limousins above £1,000, he added.