Two one-crop ewes were the pick of the non maedi visna (MV)-accredited sheep section on the final day of the Great Yorkshire Show (13-16 July).

Despite Covid-19 uncertainty, the sheep entry was fully subscribed once again, with more than 2,200 sheep making the judges’ decisions as hard as ever.

However, judge Dan Bull, Annan, tapped out Hannah Stenton’s Bluefaced Leicester female as his interbreed champion under a cloudless sky.

Ms Stenton, who was showing sheep with father, James, of the St Ravenscar flock, Thornton-Le-Dale, has been going to the Yorkshire Show all her life. 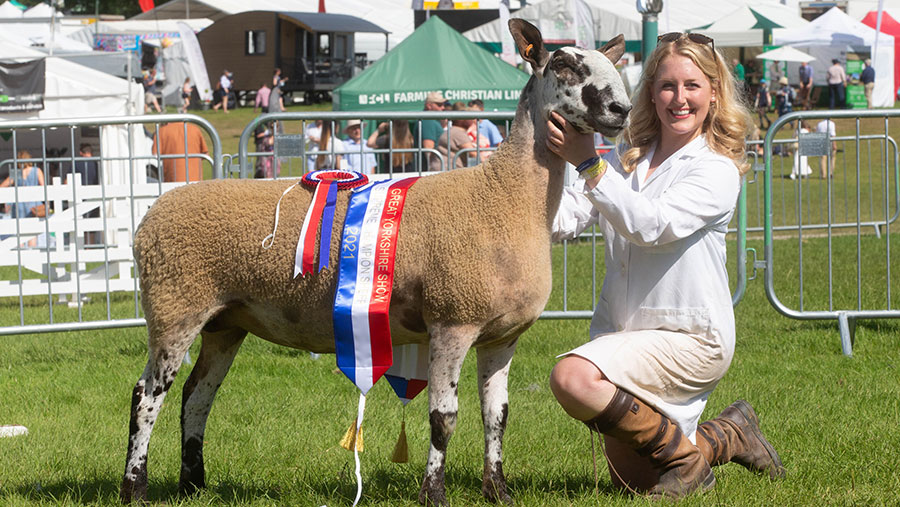 Ms Stenton and her father have each won the breed championship at the Great Yorkshire twice, but the interbreed rosette means Ms Stenton now has the family bragging rights.

The stretchy and powerful female is by a James Porter tup that goes back to Carryhouse Jackpot.

She was bought from Tom Willoughby’s Penhill flock back in 2019, when the Stentons were short of gimmer lambs – they’ve bought two females in 20 years. 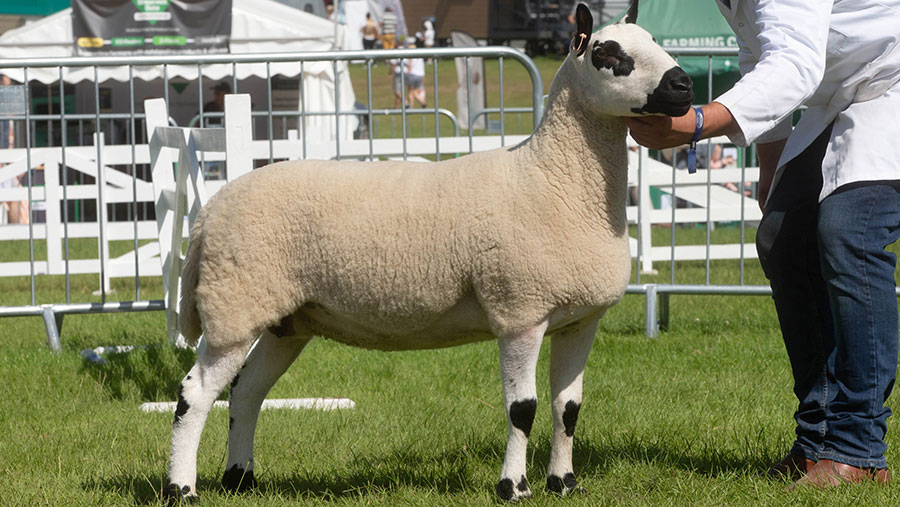 She is home-bred, but from two foundation animals dating back to when the flock was founded in 2016. Her sire is a Calcott ram by a Woodhouse ram and a Mowhaugh ewe.

The Burgesses – who have about 30 pure Kerry ewes and some commercial sheep at home – showed Covergirl locally, seeing success at Dumfries and Border Union shows as a ewe lamb.