Another strong Limousin trade was seen in the pedigree ring at Borderway on Friday (15 June) as 28 bulls met an 86% clearance and averages lifted on the year to above £4,000.

Commercial bidding was a key feature of the sale. Last year’s trade saw a higher top price of 6,200gns, showing the consistency of demand this time around, albeit for a slightly smaller yarding of bulls.

Norse is by a Haltcliffe Vermont called Gentry and out of a Cloughhead Umpire daughter.

Next at 5,600gns was Goldies Nintendo from Bruce Goldie, Mouswald, Dumfries and Galloway. Nintendo is another Umpire son and out of Goldie Favourite. He caught the eye of Messrs Thwaite and Son, Lartington, Barnard Castle. 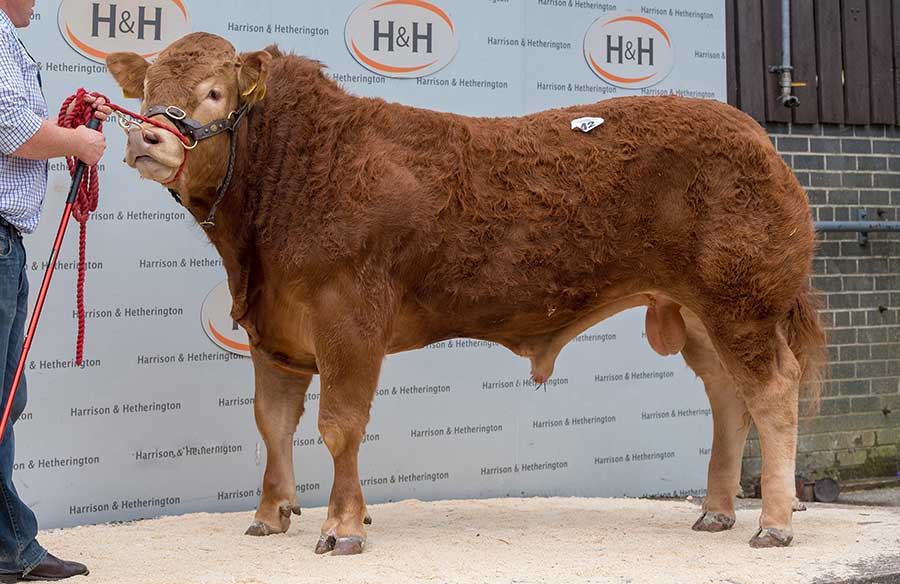 At 5,500gns came an offering from the Arradfoot herd of Thor Atkinson, Newland, Ulverston. Arradfoot Newyork is an exceptionally long, January 2017-born sire by Goldies Comet and out of Wilodge Iona, and was knocked down to DE and AM Hodgson, Shap, Penrith. 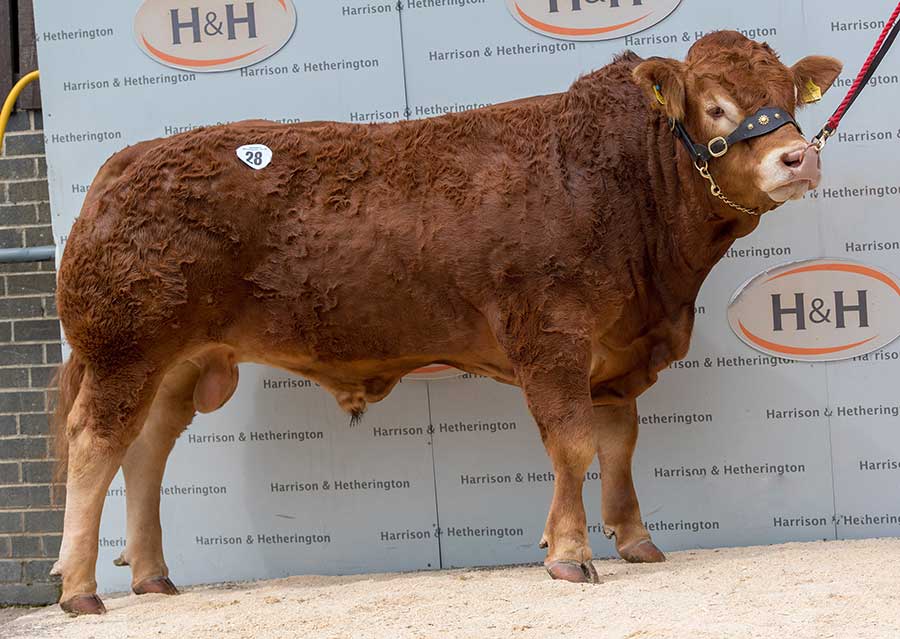