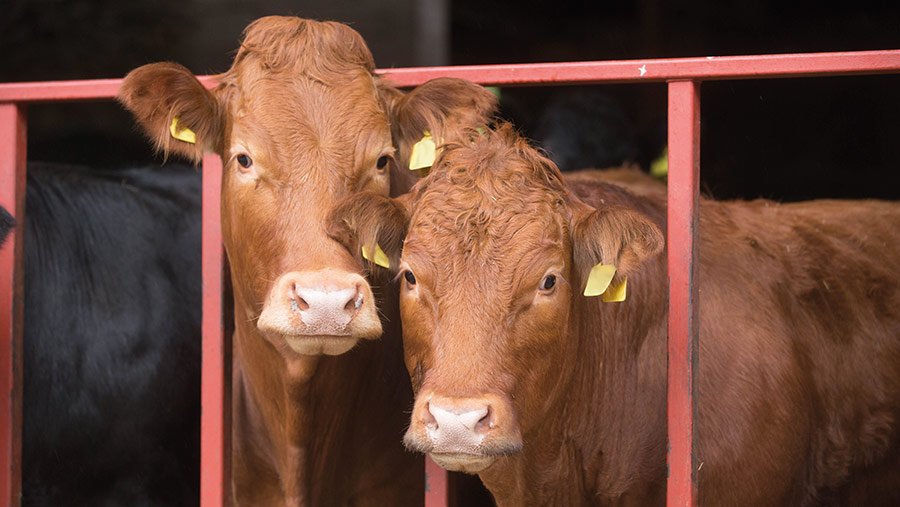 Some processors have turned to live Irish cattle imports to secure beef during the tightest UK supply period since the 2001 foot-and-mouth epidemic.

Draconian paperwork and tight Irish numbers could limit volumes, but there have been several reports of cattle shipments into the UK from Northern Ireland and the Republic of Ireland.

Processors faced with unprecedented deadweight base prices of 420p/kg in Scotland (with deals also done in northern England at this level) have taken advantage of the usual price differential across the Irish sea, which is currently 18-20% lower.

Irish base prices were about 335p/kg at the start of the month, whereas many UK producers saw 400p/kg. Latest increases take UK trade beyond “horsegate” highs of June and July 2013.

Many expect the southern Irish beef to flow into the catering trade as restaurants and pubs reopen.

Numbers are tight because of higher supermarket buying during lockdown and a lower calf supply, stemming back to the Beast from the East cold and wintry conditions in 2018 and subsequent cow culling in the drought.

Trade for the first-quality, big continental bulls was back slightly on the week at York Livestock Centre on Monday (12 April).

However, clean cattle and second-quality continental cross bulls were as dear as ever, said Edward Stephenson of Stephensons.

Mr Stephenson said: “There are quite a lot of big bulls going into the catering businesses that have been sourcing meat in anticipation of pubs and restaurants reopening.

“By Monday people had secured their orders – it’s now wait and see how demand goes.”

Monday’s entry of 124-head clean cattle included continental cross steers, which topped at 279p/kg and £1,812 and levelled at 241p/kg.

Well-shaped continental steers have regularly made 240p/kg and more at Bridgnorth, where Mark Burgoyne and the Nock Deighton team have regularly seen 130-170 cattle each week.

“The dearest cattle I sold back during horsegate was 270-something pence,” said Mr Burgoyne. “I’ve been selling cattle at and over 290p/kg for three months and more and some markets have hit £3/kg.”

The bottom bull price was 176p/kg last week (6 April) for a Holstein. A year ago, this was what the bull section averaged, said Mr Burgoyne.

“We’ve got plenty of customers for dairy black and whites at 150-200p/kg, but none are available for 150p/kg anymore.”