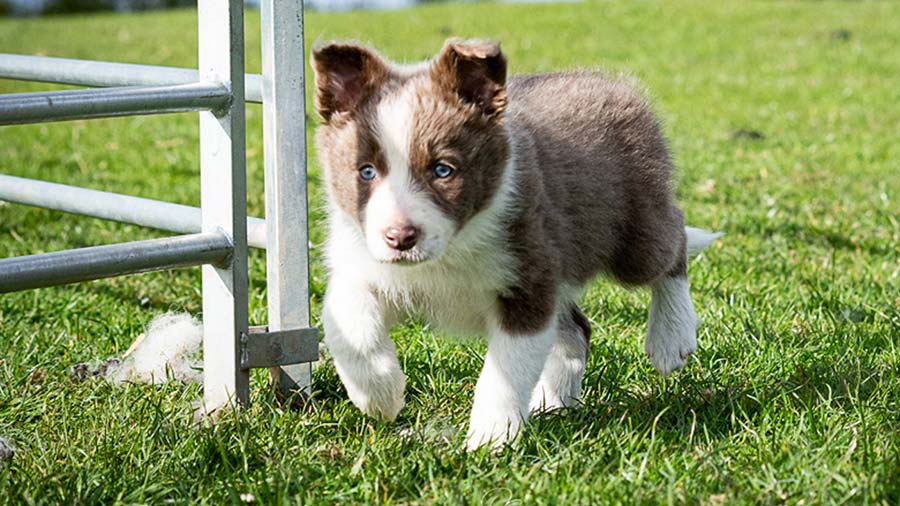 An untrained nine-week-old sheepdog puppy has sold for a world-record price of £7,600 at Skipton Auction Mart.

The lilac-coloured bitch, called Lassie, smashed the previous record of £6,100 for an untrained puppy, which came at Skipton’s last online sale in January – an 11-week-old bitch called Bet.

Breeder Glynne Jones, from Pentir, near Bangor in Gwynedd, north Wales, described Lassie as lively and confident, and said he was delighted with the record.

“My aim is to breed top-quality working sheepdog pups from the best DNA-tested bloodlines in the UK. I’m obviously over the moon.

“Lassie is a dog with everything in my opinion,” said Mr Jones, who is a sheep and cattle farmer.

Lassie’s dam, Graylees Cêt, has been owned and trained by Mr Jones since it was purchased as an eight-week-old pup in August 2014.

This laid the foundation for his Pentir Sheepdogs breeding programme.

As well as Lassie, who is from Cêt’s sixth and last litter, the mother has produced a number of International Sheep Dog Society pedigree pups with Tweeddale Jamie, described as an amazing match from the outset.

Mr Barson is also a sheep farmer, and runs a flock of Ryelands, with plans to diversify into Herdwicks.

He said: “I have trained dogs all my life and have my own pack, so I wanted to get the best, a dog with both style and character.

“It was all down to colour and breeding. I just had to have the wee pup, though I do think I went a bit wild.”

Lassie was sold at Skipton’s latest online working sheep dog sale on 18-19 May.