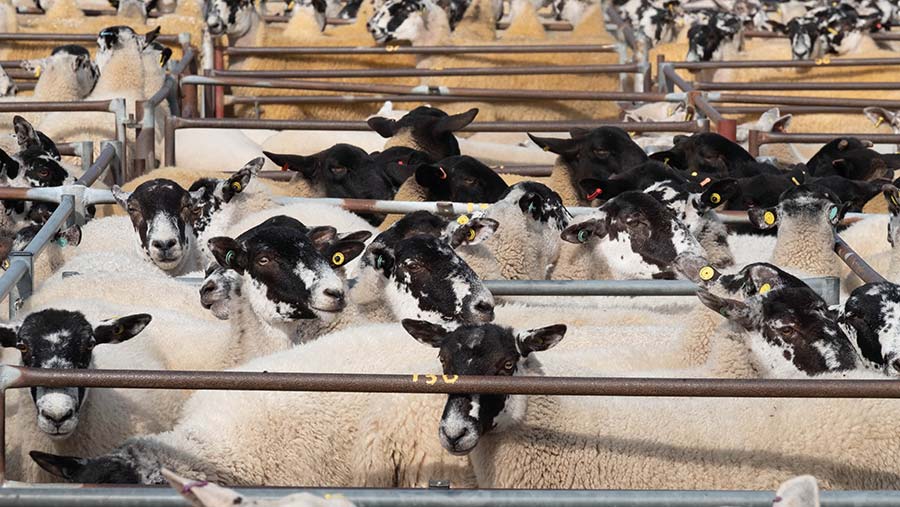 Breeding sheep could be dearer once again this autumn if the trend set by early shearling sales continues.

Strong Suffolk cross Mule shearlings – the benchmark of sheep trade in the South West – are about 30% dearer than last year.

Elevated cull ewe prices – also up 30% on the year – mean an old ewe that has reared twins and been culled in good condition could have brought in more than £400 this summer.

Many bidders keenly seeking sheep at these sales are early lambers and have benefited from the phenomenal lamb prices of £130-£150 a head before the June drop.

However, grass growth remains strong at present, and prime lamb values early in the week stayed largely unchanged across Great Britain at about 250p/kg. This is about 30p/kg up on the year, giving confidence to those worried about further decreases.

Russell Steer of Kivells said there was a lot of interest for Suffolk-cross shearlings at Exeter on Tuesday (13 July).

Mr Steer said that this year’s average was above last year’s top price. The top pen last year, during Covid, made £172 a head.