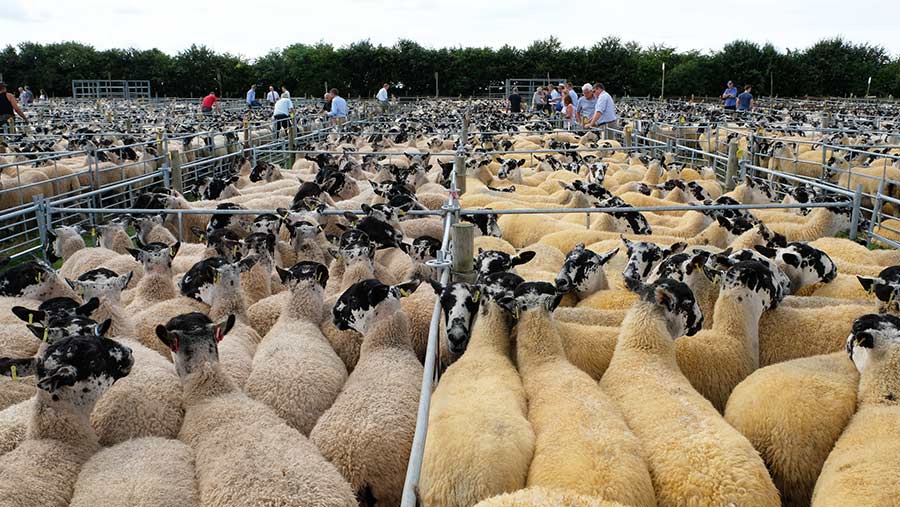 Breeding sheep sales have continued returning strong prices, with many auctioneers predicting the market is poised to produce some flying gimmer lamb trades this month.

Prime lambs have made £10-£25 a head more on the year for much of the summer, which has lifted shearling trade and has had a knock-on impact on early breeding lamb sales.

He said Welsh Mule lambs looked in very good condition after a good summer, and depending on shearling averages lifting to around the £150 mark, could be £10 a head dearer.

“We have early and late lambers in our area and people wanting sheep from August to late October,” said Mr Davies. “As long as lamb trade holds up, I think breeding sheep trade will hold up.”

Breeding sheep trade is buoyant at Stirling United Auctions, where prime lamb and store prices have been consistently high all summer.

Mr Purves added: “Many people have holidayed at home this summer. This has helped domestic demand and lamb exports are very strong because people in France, Germany and Belgium have done the same.”

He added the early spring and high prices had already taken lots of lambs out of the system, and there were no signs of buyer hesitancy regarding Brexit.

The market had sold more lambs in August than ever before and even small, long-keep store lambs were being traded on the strength of current prime lamb prices, he said.