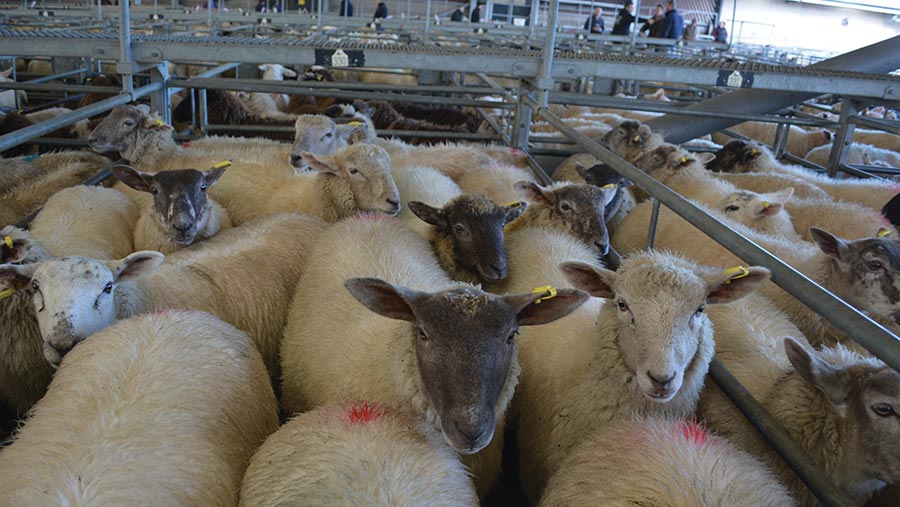 Vendors bold enough to gamble on Boris Johnson striking a European trade deal made £15 a head more for lambs early this week amid an anticipated trough in supply.

Prices lifted 30-40p/kg for well-finished lambs suitable for domestic and export markets. Some SQQs rocketed to 250-260p/kg and more on Monday.

The deal has ensured the massive EU marketplace has been maintained. Meanwhile, sale yards reported a scarcity of finished lambs.

This comes after a flurry of lamb sales in December to avoid the uncertainty of Brexit and before thousands of lambs on winter crops are ready.

Bidders are keenly sourcing lambs for supermarkets from live rings and base prices of up to 510p/kg for some dressing specifications have been reported.

Auctioneers said the relief is palpable among farmers. Reports from border points are of some initial delays in processing declarations, but that goods are passing into the EU.

Tight supply and good domestic and export demand left an SQQ of 253.9p/kg at Ross on Monday (4 January) for an entry of 1,012 head, according to auctioneer Will Probert.

“At this time of year, we would expect about 2,000 lambs, so we had about half the number,” he said.

This was 27p/kg up on last month’s SQQ (10 December), said auctioneer Emma Coupland.

“Numbers aren’t about at the moment and it is looking likely to be relatively quiet until the big finishers start selling,” she said, adding that being adaptable and efficient was becoming increasingly important for farmers.

“Trade is certainly very good if you’ve bred your own, but it’s perhaps not strong enough if you’ve bought early store lambs for £80-£90 a head, so people will be hoping for a rising market.”

510p/kg
Base price quoted from factories on Tuesday

652p/kg
Average price of lamb in France as of latest price report from AHDB (19 December). High prices in Europe due to low supplies are believed to be helping support UK values