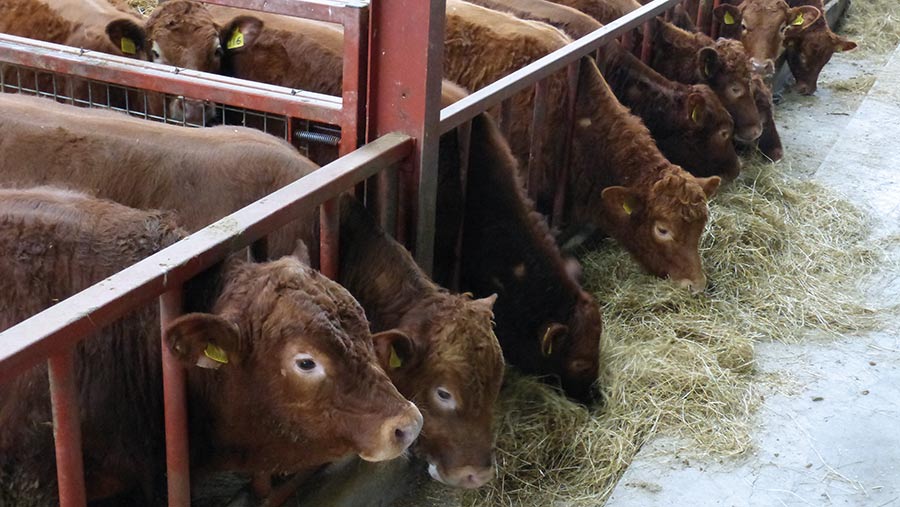 Cattle finishers have had the ball firmly in their court this new year amid “lockdown three”, which has seen beef fly off retail shelves and buyers eagerly source cattle.

Analysts say national data suggests domestic production will fall again this year, with imports having to pick up the slack.

Finishers have been able to shop around for the best prices, with some Angus cattle negotiated onto wagons at values in excess of 410p/kg this week.

Prices outside Scotland are on par and at times ahead of the usually superior Scottish factories. Overall, trade looks to have lifted 15p/kg over the past week, recovering much of the value lost around Christmas.

While this is positive news for beef producers, a winter of higher costs and store cattle trade finding another gear at many marts last week will keep a lid on profitability.

A larger prime cattle entry was presented at Bakewell market on Monday (11 January) than the week before as winter weather eased and vendors settled back into weekly routines.

Second and third-quality cattle were as “dear as they’ve ever been”, said Bagshaws cattle auctioneer Oliver Hiles.

“Buyers are obviously short and are batting hard,” he said. “We’ve mostly had new accounts rather than new buyers.”

He said many will keep a close eye on January suckled calf sales to assess the value of younger cattle, adding that last year’s January purchases were sold into a rising market.

Even plain O-grade cattle are at 200p/kg at Rugby, meaning a deadweight equivalent of 370-380p/kg, said auctioneer Tom Wrench.

Best continental butchers’ heifers sold to 265p/kg and steers topped at 267p/kg at Ludlow on Monday, where 2,042 cattle averaged 205p/kg.

Bradley Towell, cattle auctioneer at Ludlow and Worcester for McCartneys, said: “There were plainer sorts in the averages, and even with an increase in numbers this week, all buyers were present to produce a very firm trade.

“Cattle are in short supply. We also had fed continental cull cows at 140-160p/kg. Had they been top grade cows we would have been up to 170p/kg easily.”