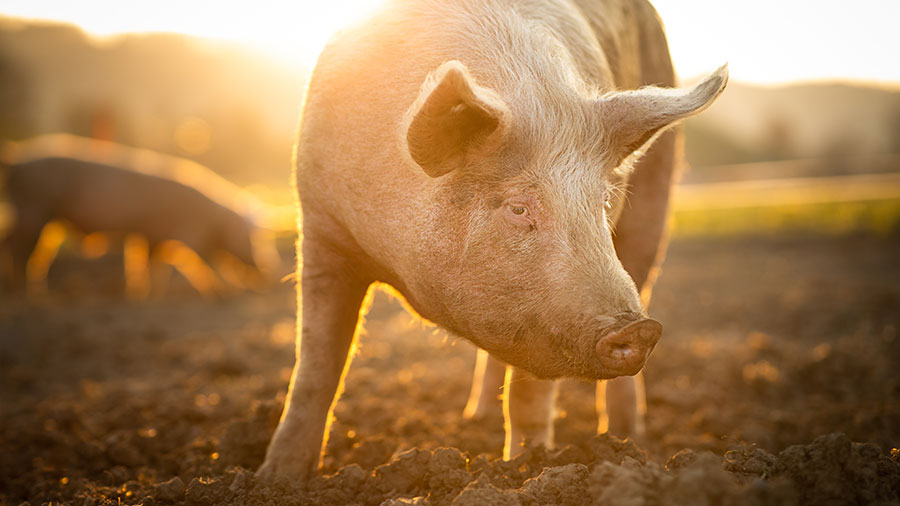 There may be light at the end of the tunnel for pig farmers after a demoralising year in which pigs were give away, rendered and lost £30 a head.

Analysts have tentatively predicted a more positive third and fourth quarter for 2022, although they warn that some pig farmers will not stay in business to see it.

They say spring could bring tighter supplies, which would start lifting pig prices towards break-even levels. But this would require the backlog of pigs created by the Brexit butcher shortage to have been either processed or rendered.

Pig consultant and valuer Peter Crichton said that with an SPP of 141p/kg, any major price movements in the second quarter of 2022 would hopefully be upwards.

He said some farms had already started cutting numbers by not buying in-pig gilts. This will help tighten supply and lift prices later in the year.

But he stressed that EU prices, which have massively undercut the UK market at 107p/kg, must lift to put a higher floor in the market.

With a haulage cost of about 8p/kg, processors could get EU pork into the UK for less than 120p/kg, Mr Crichton said.

“To get in the black, UK farmers need prices on the continent to go up,” he said. “Alternatively, we could take a stricter stance on EU imports because of African swine fever (ASF) being in mid-Germany and spreading west.

“If we had ASF and the EU didn’t, I think we know what would happen to UK pork imports.”

He added that, at this stage, there was little evidence of suitably qualified butchers returning to the UK.

US hog numbers are back 4% on the year, according to the latest US Department of Agriculture report.

Strong Chinese price movements – albeit from low positions – have encouraged Chinese farmers to buy weaners speculatively to sell as finished pigs in a rising market later this year.

This is according to genetics company Genesus, which expects tighter Chinese production following ASF. This is because herds have been repopulated across the country with low-quality cross-bred females – said to be 25-30% less productive.