Trade was on par with the previous year at a small but high-quality offering of Charolais bulls at Welshpool’s spring sale on Thursday (8 February).

Averages were back £52.50 for two fewer sold and topped at 5,800gns with the Esgob herd of Gareth Jones, Cwmtirmynach, Bala.

May 2016-born Esgob Morgan is by Alwent Goldbar and out of Esgob Glain, a daughter of the 26,000gns Carlisle junior champion Anside Excalibur. He was snapped up by Edward Bros, Oswestry, Shropshire. 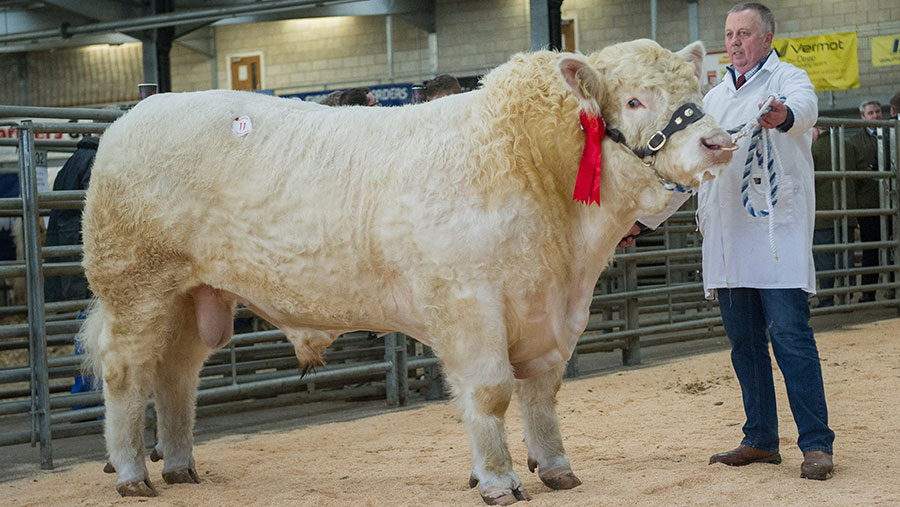 Next at 4,800gns was Trefaldwyn Magnus from RW Owen, Garn Solbenmaen, Gwynedd. He is by the 28,000gns Brampton Nacodar and out of 11,000gns Royal Welsh female champion Trefaldwyn Fancygirl, daughter of the 30,000gns Dingle Hofmeister. 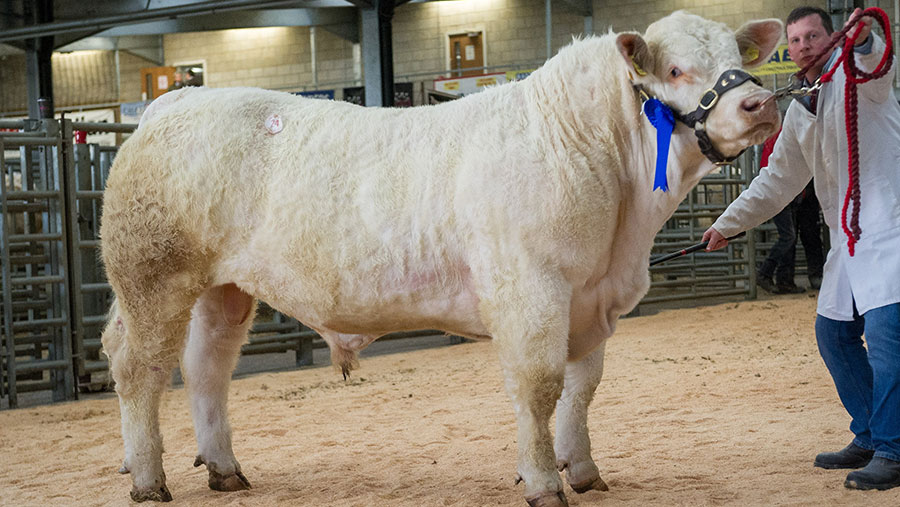 Second on the day was Drefaldwyn Magnus at 4,800gns from RW Owen, Gwynedd

At 4,600gns was Foxacre Miletus from Mrs Ann Orr-Ewing, Purton, Wiltshire, a Wesley Forceful son. The May-2016 born Miletus is out of the Three Counties reserve junior heifer champion Foxacre Galante and was knocked down to RP Morgan and Son, Knighton, Powys. 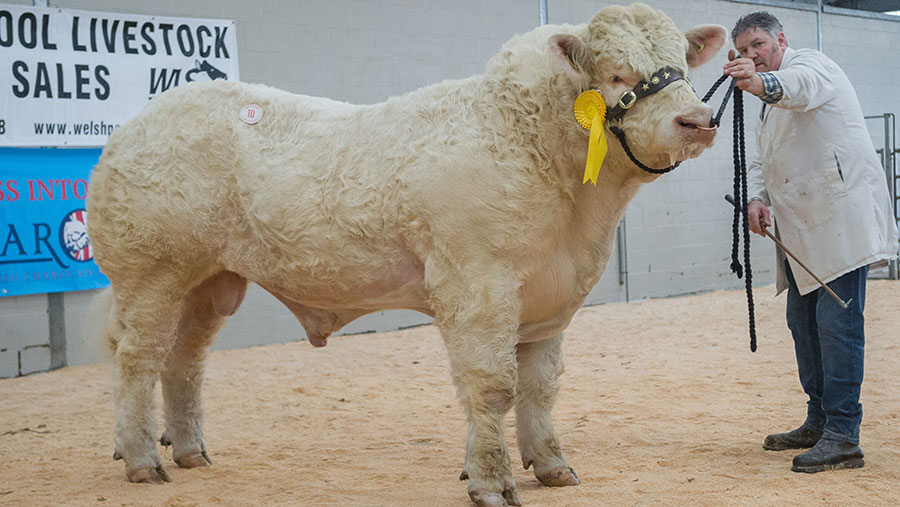 Two then made 4,500gns, the first from J and E Evans, Dryffyn, Ardudwy, Gwynedd, which knocked down to TT Jones and Co, Llanbrynmair, Powys. Caenest Morgan is by the short gestation and easy calving Blelack Digger and out of Trefalwyn Eternity, a daughter of the 30,00gns Balmyle Bollinger.

Soon after the Owens saw another 4,500gns bid, this time for home-bred Trefaldwyn Max, another Digger son out of Goldies Eddy daughter Trefaldwyn Ice. He knocked down to the NPTC Group, Newtown, Powys.

The only female on offer was two-year-old Carrigbeg Ladyjane from RJ Butler, Rudford, Gloucestershire. She sold served to Davally Illusion for 2,100gns to C Wardle, Sandbach, Cheshire. She is Burradon Talisman.