Students and farmers gathered at a Lake District farm yesterday (26 March) to discuss the challenges of upland farming with the Prince of Wales and Defra secretary Michael Gove.

A range of issues – including tenants’ rights, marketing and destocking – was discussed during a 15-minute debate at Askham Bryan College’s Newton Rigg hill farm, Mungrisdale, Cumbria.

Farmers seized the opportunity to voice their concerns to Prince Charles, following a tour of the Uplands Sheep Husbandry Centre at Low Beckside Farm with Matt Bagley, head of farms at Askham Bryan College. They discussed:

See also: Scheme shows the benefits of grazing cattle in the uplands

“There shouldn’t be a blueprint for all farms and a set payment for each hectare. Each scheme has a value in terms of what hoops the farmers is jumping through and the level of public benefit,” said Mr Williams.

On his farm in Ravenstonedale he has grazing rights for 850 sheep on the fell and is currently farming 600 Rough Fells to breed mules and a herd of 38 Angus suckler cows.

He said he was confused about being asked to reduce sheep numbers to a level that was actually higher than they currently were.

He added that a tree-planting scheme to plant 20% of the common could end up in young woodland being damaged in 10 years, when fences were taken down. 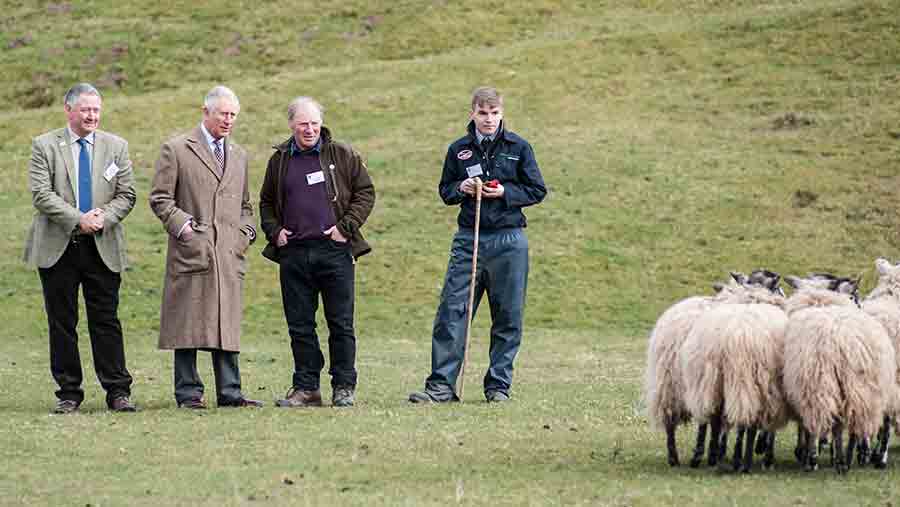 We are trying to become more efficient

Miss Johnson is from a tenant farm in Upper Teesdale, farming 450 Swaledale ewes and a 25-head suckler herd and managing hill ground at 1,500ft above sea level and higher.

She said that a lot of sheep farming technologies can help farmers become more efficient, although she admitted there were issues with affordability.

“We don’t use some of the technologies the college farm has back home, like electronic weigh heads that allow dosing on an individual animal’s liveweight, because we have 450 ewes on a 10-year tenancy, so the pay-off periods are too long,” she said.

“However, they make farming more efficient, reduce resistance by cutting out underdosing and overdosing, while making it more cost-effective, rather than wasting doses by going off the heaviest lamb.” 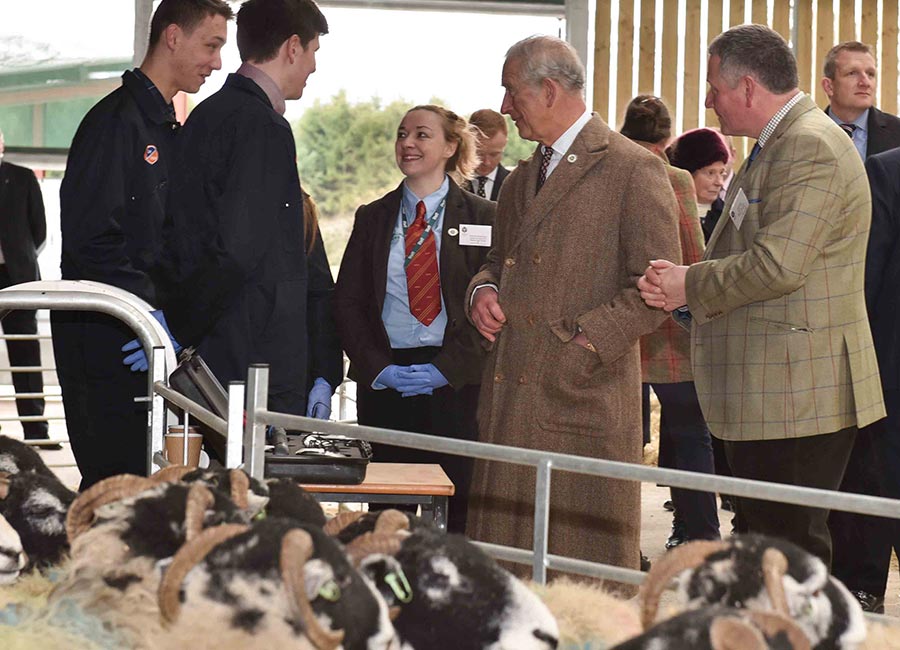 His family runs a mixed flock of hill sheep as well as a mixed lowland flock and 100 Belted Galloways on Dartmoor Common, grazing 1,600-1,700ha.

“There has to be a future in hill farming because there is so much of it and a lot of it is National Park land, so it’s important,” the first-year student told Farmers Weekly.

“I have come all the way up from Devon to Newton Rigg because it is the only college to have a hill farm on it.”