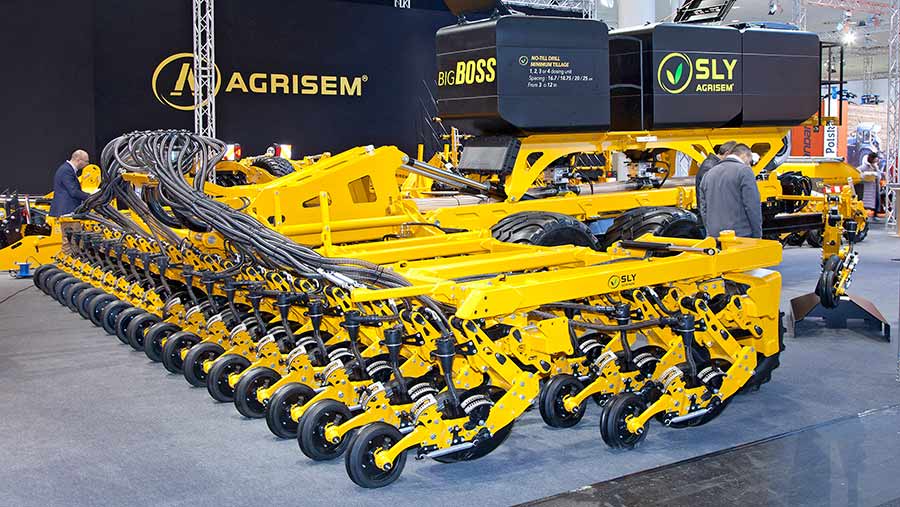 Strip-till cultivator and zero-till drill maker Sly Agri has split into separate companies – English and French – with the latter entering into a partnership with Agrisem.

As a result, the Stripcat cultivators and Boss No Till drills on show at Agritechnica were sporting a new black-and-yellow colour scheme, rather than the original black and white.

The restructuring process is still in its infancy, but Sly UK plans to set up a separate production facility in Lincolnshire and keep selling the machines in their original livery.

The rubber track side of the business has been rebranded Traxxis and remains in the UK. However, production is moving from China to Malaysia. This offers units for most tracked crawlers and implements, including both friction and positive drive setups.