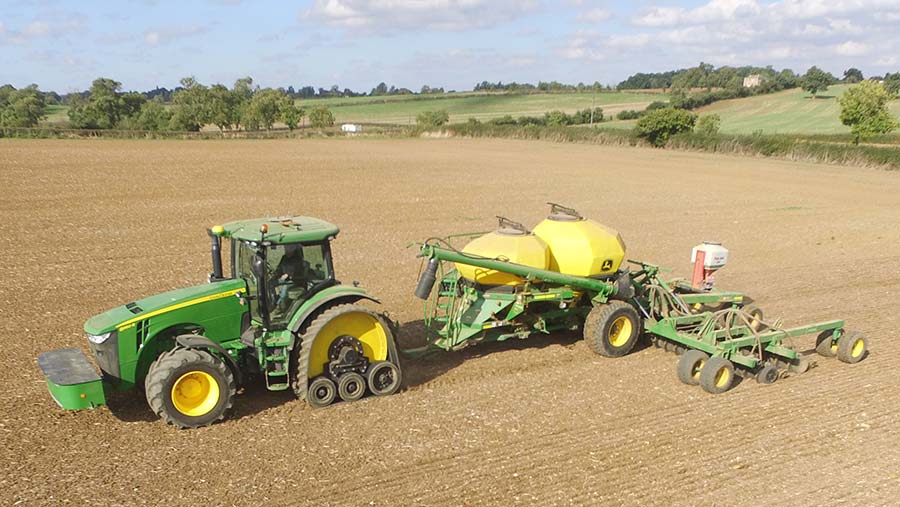 Leicestershire farmer Steve Heard imported and assembled his own John Deere no-till drill – he gives us his verdict on how it has performed, what he most likes about it and what he would improve.

Our drill is custom-built, 9m wide and based on an American-spec John Deere 1890. However, it has the same coulter assembly as the 750A, which has been in the UK (at a maximum width of 6m) for quite a while.

We shipped it over from the States, before I dismantled and rebuilt it to fit within UK road limits and with a working width of 9m. It wasn’t an easy job, as the original drill was 5m wide folded and had different row spacings.

The other issue was that the Americans run the coulter bar as a trailed unit and I wanted the 6,000kg hoppers to sit on top to provide extra downforce. In the end, I had to fit a couple of rams and nitrogen accumulators that transfer the weight on to the drilling rig once the coulter bar is unfolded.

We seem to keep finding ways to modify it – most recently we added the spoked wheels and a little scraper to prevent the wheels clogging in wet ground.

We used to plough roughly 70% of the farm annually and drill with a 9m Vaderstad Rapid, but in 2008 we stopped ploughing and bought a brace of Sumo Trios to improve the soil structure and reduce establishment costs.

It was part of a 10-year strategy to get rid of the Vaderstad and move to direct drilling, but in 2012 our hand was forced – the blackgrass was taking hold, so I started shopping around for a direct disc drill. 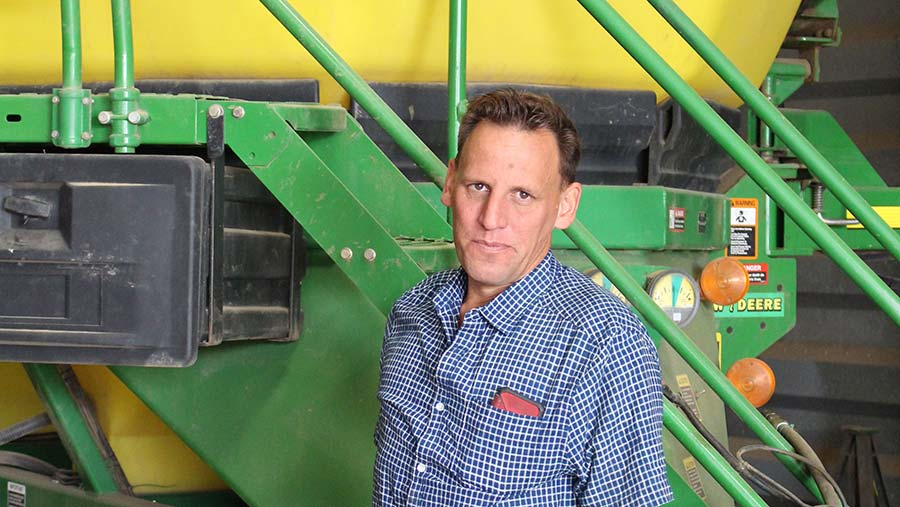 Steve Heard says modification of the drill is an ongoing process

The front discs are at an 11deg angle, with seed and fert coming down one pipe from the two hoppers via separate metering units so we can apply two products at different rates.

The depth wheel next to the disc is spoked so it doesn’t bung in wet conditions and is fitted with RID (reduced inside diameter) tapered tyres to avoid compacting the side of the seed trench.

A custom slim rubber wheel forces the seed down into the soil and gives decent seed contact. We tried running the drill without these, but germination was much slower and the blackgrass got a head start.

The closing spiked wheels have been modified from US versions and we have perfected these in-house to give the best slot closure possible.

When the drill lifts out of work on the headland it puts the weight on the 14 wheels that surround the frame to limit compaction, leaving the two large wheels almost in the air.

Its workload has gradually been ramped up since arriving in 2014 – it has now covered about 2,600ha and recently had its first replacement metal.

We aren’t totally no-till and do often scratch the top with a Vaderstad Carrier to get a chit. We’ve tried growing some catch crops after the oilseed rape to help with weed control, but found these held on to the moisture too well and caused slug issues.

We’ve also used it to drill crop trials with and without fertiliser and there has definitely been a reduction in blackgrass since the drill arrived. 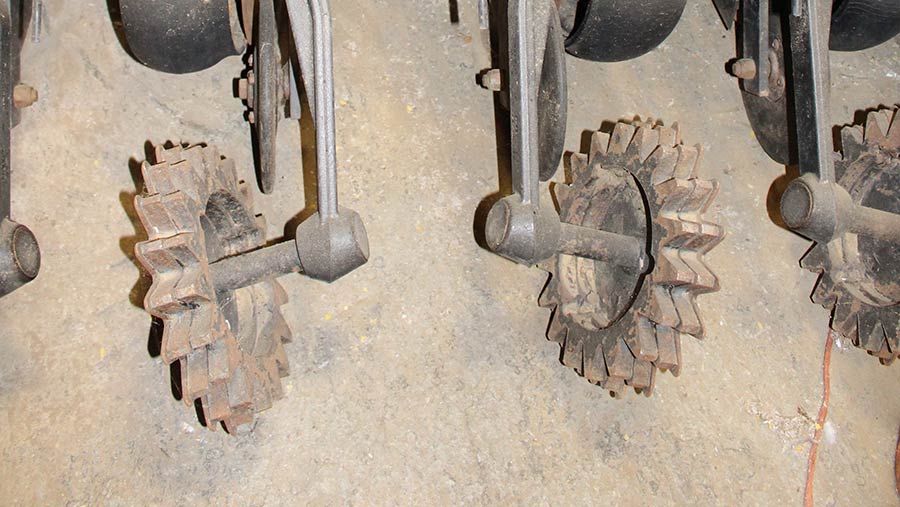 At 16.6cm centres, Deere’s system keeps soil movement to a minimum, gives an even drilling depth and allows us to drill into any condition and into any surface, so we can be flexible about our approach to each field.

What are the bad points?

We do have to travel a bit slower – the Vaderstad used to rattle along at up to 18kph, whereas we find the Deere’s coulters start to bounce beyond 14kph.

In some of the smaller fields with snake-like headlands we’ve found that the closing wheels don’t follow the slot very well on the tighter bends and can leave it exposed.

For a while we kept getting a clutch error, which turned out to be the variable-rate motor not engaging properly. We then found the fault in the wiring of a plug and haven’t had an issue since.

As for spares, our local Deere dealer – Sharmans – has been helpful in sourcing parts from America if needed, usually in 48 hours.