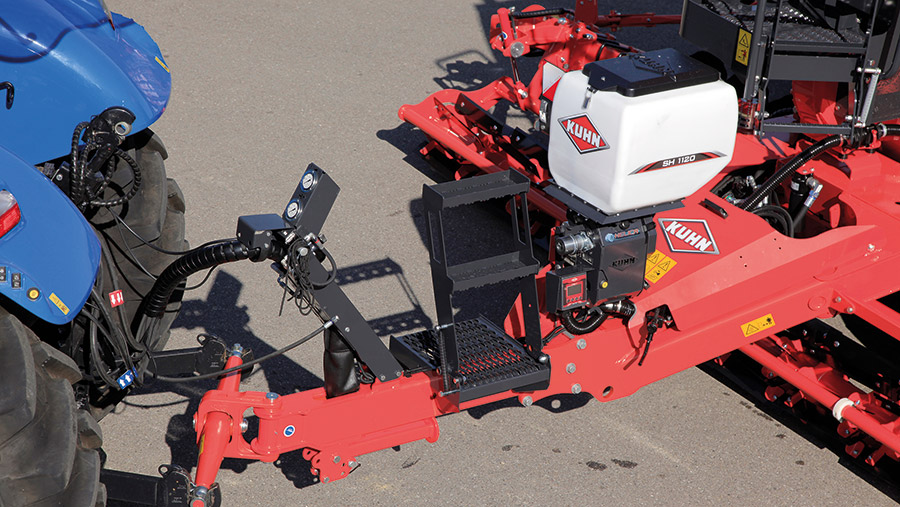 A new line of small seed hoppers for farmers wishing to sow an extra crop or lay fertiliser when drilling has been released by Kuhn.

The firm’s Venta, Espro and Aurock drills can all be equipped with the SH hoppers, with the latter two models now able to lay three crops at once thanks to their split main compartments.

The smallest version is the 110-litre SH1120, which uses air from the drill’s fan to direct the supplementary seed into the air flow from the main tank.

See also: Is regenerative agriculture the future of farming

However, the three larger models – SH1540, SH2560 and SH4080 – come with their own electronic fan and apply the products or seeds via splash plates.

Capacities of these three models are 150, 250 and 400 litres respectively and they can be used for starter fertiliser, slug pellets, companion crops and granular herbicides such as Avadex.

All four units use Kuhn’s Helica seed metering system, which offers rates between 2.2kg/ha and 130kg/ha, and are controlled through an Isobus connection.