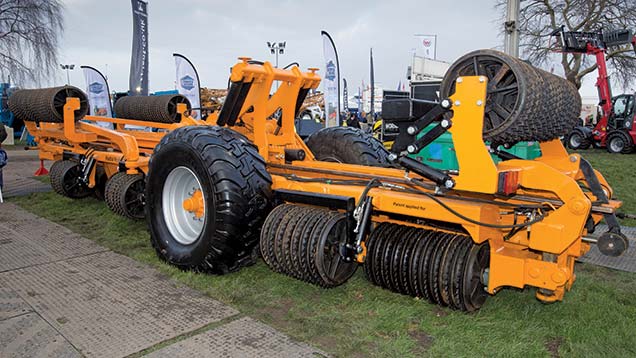 Not that long ago, an 18m set of rolls was something to brag about to your neighbours.

But Brock’s RR2450 24.5m Radial Rolls put those machines in the shade and, unusually, also have 24in rings.

Heavy-duty shafts and bearings are fitted, says the company, and are likely to appeal to controlled-traffic farmers wanting to get over the ground quickly.

Despite the rolls’ great width, a clever rack-and-pinion system and heavy-duty bars reduce roll strain and allow the rolls to be reversed in the field if necessary, as well as allowing them to fold up to just 3m for road transport.

Large wheels and axles are fitted and a low centre of gravity keeps it all stable.

Dual-line brakes are fitted as well as a hydraulic emergency breakaway system.