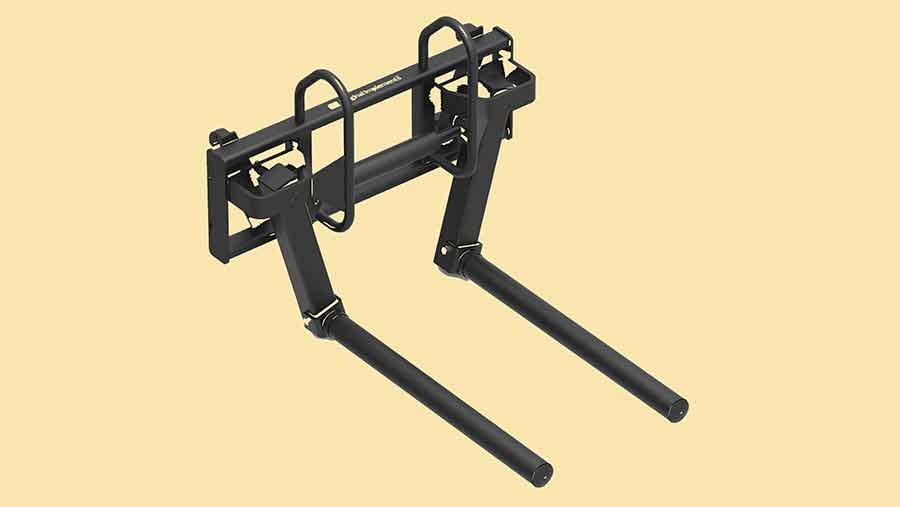 Damage caused by the movement of bales should be minimised by its new Flexibal bale handler, says Swedish company Alo.

He says it was the prevention of these losses that prompted the production of Flexibal. “We responded to farmer demand by creating a bale handler with smaller rollers to allow easier access to bales when moving, stacking or feeding conserved forage.

It is particularly useful for bales that have become squashed in storage and are difficult to get to, he says.

The new smaller roller is 89mm in diameter, compared with the current one which is 129mm. That allows for easier access for bales that have settled over the winter.

Prices for the new Flexibal with small rollers start at £1,025 and the company says the new bale handler will be on display at this year’s Royal Highland Show and Royal Welsh Show.