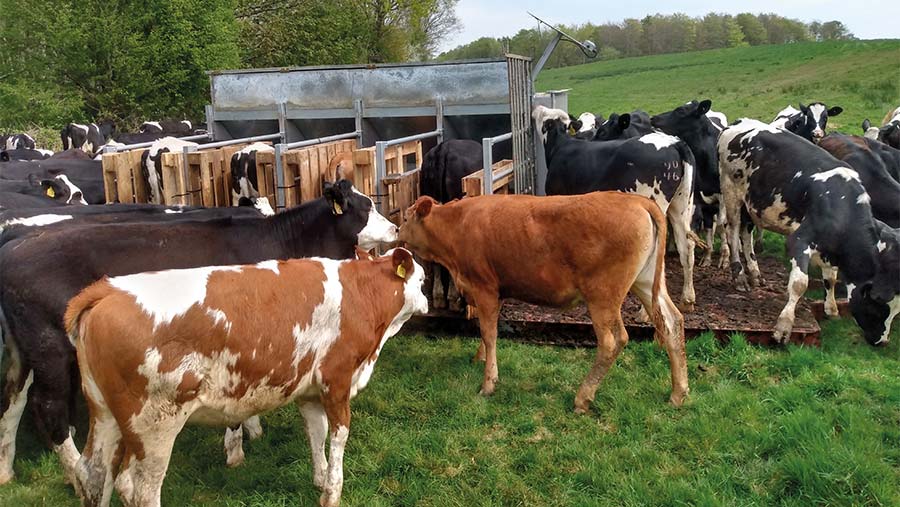 A livestock farmer in East Sussex has built a solar-powered feeder to help his youngstock calves get their fair share of cake when grazing poorer-quality permanent pasture.

Matt Ford previously relied on a snacker trailer to drop the grub in small piles on the floor. However, this simple method hadn’t gone unnoticed by the local seagull population which, as the fields lie just three miles from the sea, caused havoc by scavenging the dropped feed.

Mr Ford wanted to improve calf growth rates across the board by making sure some of the smaller animals got their share – something that had proved difficult with no way of regulating intake across the 200-strong herd.

This meant the bigger, greedier ones had a tendency to dominate at feeding time, leaving the smallest to tidy up the scraps.

He spotted a decent feeding unit made in New Zealand, but it wasn’t available in the UK, so he set about building his own.

His design is based on an ATL Out of Parlour feeder, which he mounted to a recently acquired flatbed trailer, allowing it to be towed to fresh pasture each day.

There are four feeding slots each side and it employs a “little-and-often” feeding principle to allow every calf time to dine without fear of competition. Side-mounted pallets prevent animals from turning and others trying to barge their way in.

The systems relies on the cows’ EID tags to release the correct-sized portion into the feeder for each animal. This method allows Mr Ford to feed the smallest 20% of the herd a healthy 4kg ration, whereas the rest have to settle for the usual 2kg. There is even the option to trim the largest animals down to just 1kg.

Feed can be accessed at any time over 24 hours and the 4kg ration is divided up into two 2kg portions. Unfortunately, the data connection isn’t strong enough to change ration sizes from home, but reliable GPS locations show where the feeder is positioned and a history of where it has been.

Originally, a small solar panel was installed to top up the battery, but it couldn’t keep the system running on cloudy days. The power is used to run a little motor on each station and the antenna for recognising the ear tags, but the reserves and lack of charging time on dark days meant the battery drained regularly. 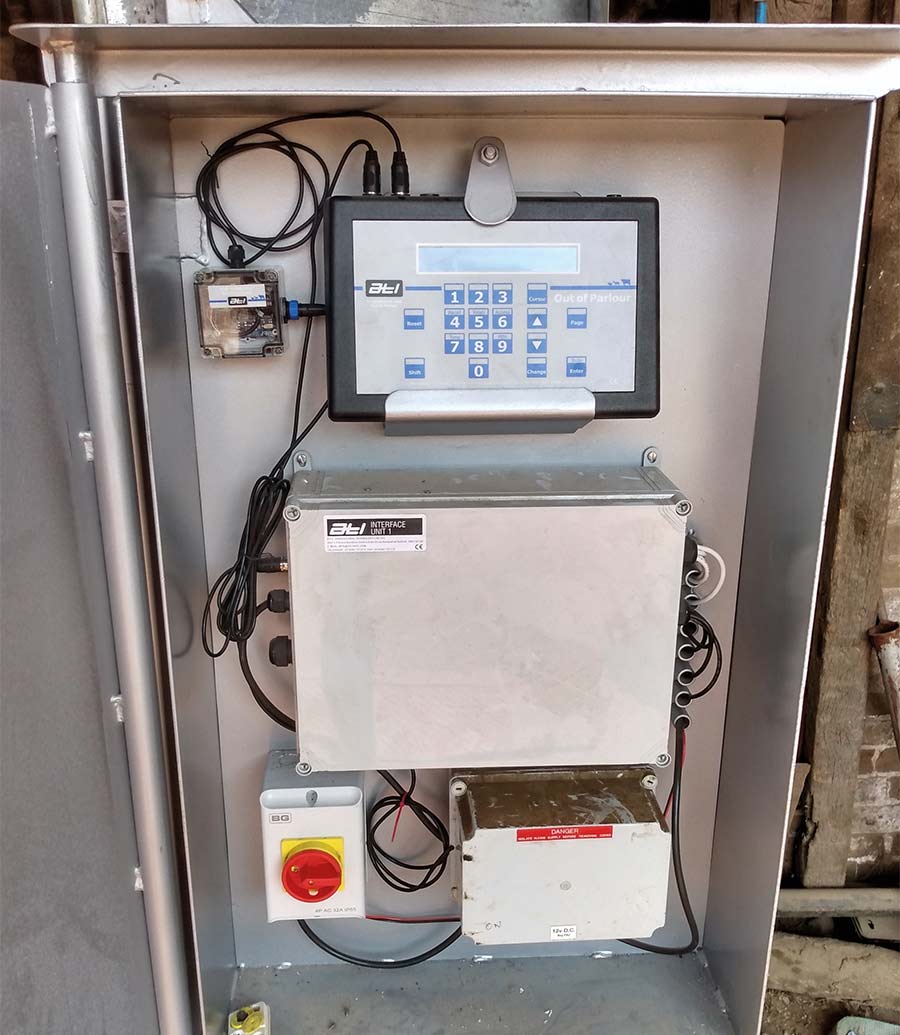 A bigger panel and second battery were added to keep the system alive 24 hours a day, and Mr Ford is able to check that it is still working when he moves the trailer to fresh grass every morning.

The low-loader trailer cost about £2,000 and the feeder system was another £7,000. With the panels and other ancillary components bought from the internet, the total build came to just over £10,000.

The hope is that the trailer setup will last for several years to make the investment worthwhile by improving the uniformity of herd growth weights.

If Matt Ford’s setup has inspired you to upgrade your outdoor livestock equipment or install solar panels, our guides should help you get started. In 2017, we visited a Dorset dairy farmer who built an outdoor milking parlour.

More recently, we looked at the best way to install the perfect solar-powered fence.