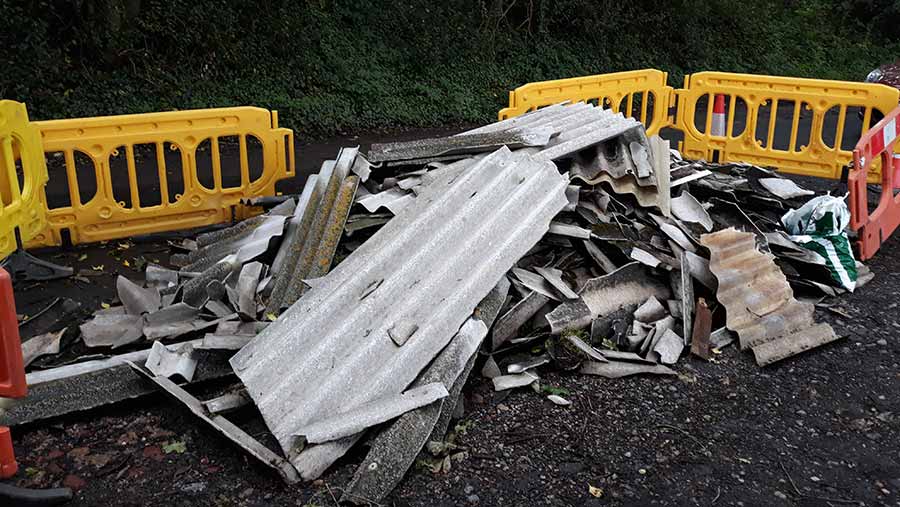 Potentially lethal asbestos cement roofing has been found dumped at the entrance of a farm in Kent.

The toxic material has been fly-tipped outside a farm gate in Haymans Hill, Horsmonden, amid a “spate of fly-tipping incidents” involving industrial waste in the area, say councillors.

On this occasion, because the fly-tipped waste was dumped mostly on the public highway, it is the council’s responsibility to remove it – not the private landowner.

Jane March, a Conservative councillor for Brenchley and Horsmonden, said: “The asbestos sheets were probably tipped off a small tipper lorry on Friday 25 May.

“The load was tipped onto the highway blocking access to two gates. It appears that whoever dumped it deliberately chose a steep hill, tipped it and then quickly escaped.

“Tunbridge Wells Borough Council has put barriers around it ahead of organising asbestos removal.”

Cllr March, who also farms locally, said the pile of rubbish is still in place as it needs specialist licensed council contractors to remove it.

“Cars can get around it, but they are degrading the grass verge and hedgerows,” she added. 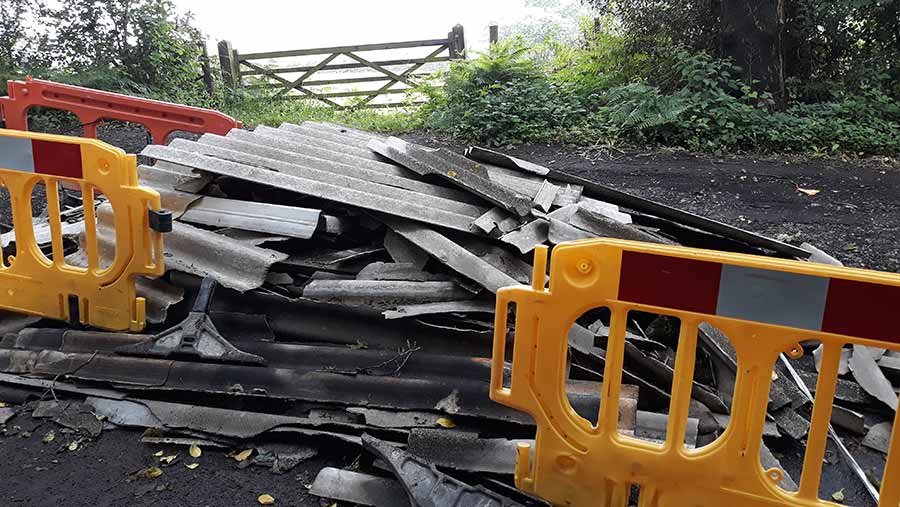 Lucy Noakes, clerk to Horsmonden Parish Council, added: “The asbestos waste was dumped on the edge of the road in front of the farm gate. It’s nasty stuff.

“It didn’t totally block public access to the road, but it caused the farmer some inconvenience.

The parish council is urging homeowners and landowners who are having work done on their property to always ask their builder to see a waste carrier licence to ensure they are licensed to remove waste.