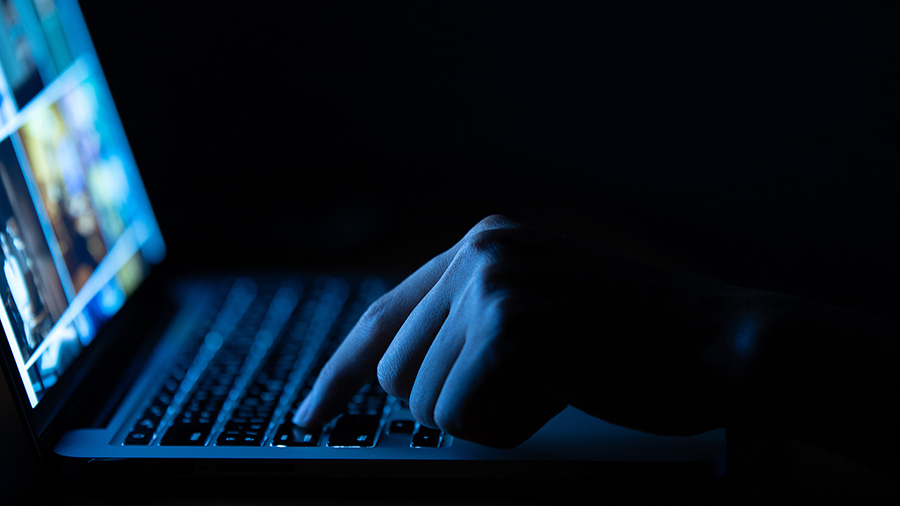 More farmer victims of a sophisticated eBay tractor scam have come forward to share their heart-breaking stories of financial loss.

It comes after Farmers Weekly exclusively revealed last week that Essex arable farmer Seb Blake had lost £8,500 after he fell victim to a fake advert for a Case tractor on the auction site. Mr Blake has now received his money back from the Halifax Bank thanks to our coverage.

After reading Mr Blake’s story, Simon Lane contacted Farmers Weekly to say that he too had been a victim of the fake seller, purporting to be David Cowell, a smallholding farmer in Warrington.

Mr Lane agreed to purchase a 2010 John Deere 3720 tractor with loader advertised on eBay in February which he believed belonged to Mr Cowell (email: dave@dc-farming,co.uk) for £9,000.

“Having seen the V5, which tied to Warrington, the same location of the eBay seller, I went ahead with the purchase,” said Mr Lane.

Shortly after agreeing to the purchase Mr Lane was sent an email which looked like it was from eBay with a PayPal invoice and checkout button. Mr Lane then made payment to the provided bank account details, which he believed were PayPal’s, via his HSBC Bank account.

Four days later, eBay contacted him to say that the account used by the fake seller – “neilwizzer” – had been compromised and transactions were likely to be fraudulent.

Mr Lane said his bank, HSBC, has been unable to help and the bank he made the payment to – ING Bank in the Netherlands – said the funds were withdrawn hours after they arrived. ING Bank has since frozen the account.

The same John Deere tractor has been re-advertised on eBay at £8,499 with another compromised seller account in Bristol, but again linked to David Cowell. Mr Lane got in touch with eBay and it took them five days to take the “fake” advert off their website.

“This has had a massive impact on my 16-year-old son, who thought he was getting a tractor that didn’t come. I also didn’t sleep for a week,” said Mr Lane.

Mr Lane has reported the scam to Action Fraud, BBC Watchdog and Mail Money, but said “no one seems to want to get involved”.

Cornish farmer David Waters said he and his wife Rachel helped their 14-year-old son to use his life savings to purchase what they believed to be a John Deere 6400 tractor, advertised on eBay by David Cowell.

Mr Waters, who farms near Penzance, said his son had worked hard for years to save up the £8,400 and was “absolutely gutted” to lose the cash.

The fraud has been reported to eBay, the Halifax Bank and Devon and Cornwall Police, which advised Mr Waters to contact the International Criminal Police Organisation (Interpol) amid concerns the money may have been moved offshore.

“I wish we’d been more careful. The price for the tractor was too good to be true,” said Mr Waters. “We should have been more suspicious when they offered to deliver it across the country for only £330.”

Mr Green paid for the item through a secure PayPal payment, using a debit card linked to his bank account with Handelsbanken.

He has reported the fraud to his bank, eBay, Cambridgeshire Police and Action Fraud, but is still waiting to receive his money back.

The same telehandler was being advertised on eBay the following week at a higher price.

“Someone else has likely been caught for £15,000,” said Mr Green. “It just amazes me that you report a fraud and someone can do the same con the following week. eBay has not put any effort into resolving this.”

An eBay spokesman said: “We are very sorry to hear about these experiences. We take reports of fraud extremely seriously, and have teams dedicated to fraud prevention and law enforcement liaison, who are fully investigating the seller accounts in question and will be taking the appropriate action.

“We’d encourage anyone who has identified or been a victim of fraud to report it to eBay as well as their local police force immediately.

“eBay has a wide range of vehicles available for purchase, but we strongly urge any buyer to view the item in person before handing over any money, adhering to social distancing measures, to avoid situations like this.”

Have you also been a victim of a tractor sale scam on eBay? If so, we would like to hear from you. Email any information to philip.case@markallengroup.com