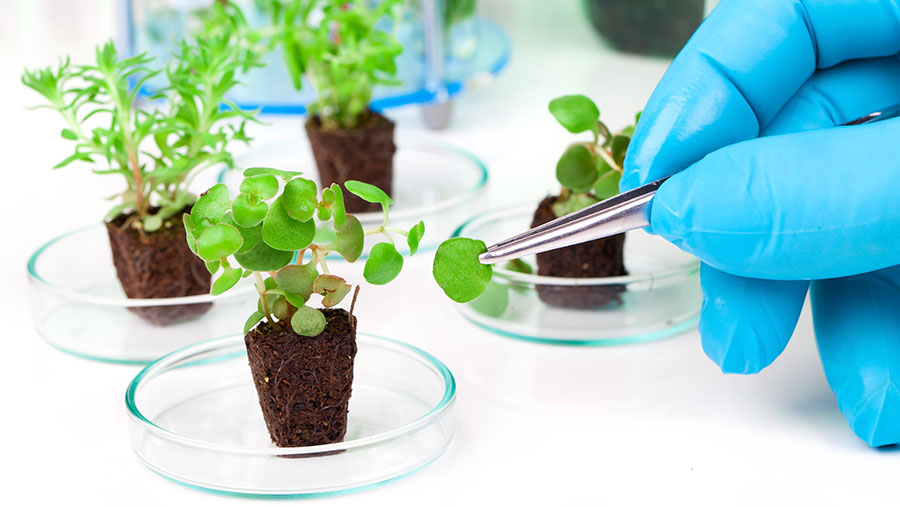 Genetically engineered crop production has moved a step closer in the UK after the government relaxed legislation on gene editing.

Unlike genetic modification which uses DNA material from other species, gene editing manipulates the coding within the same species to speed up the development of desirable traits.

The government said that this meant gene editing could come under new legislation rather than the restrictive laws governing genetic modification.

At this stage precise details on the new legislation remain sketchy, but it is expected licensing rules for gene edited crop trials will be relaxed.

Under existing rules, a licence costing £5,000 to £10,000 must be obtained via a convoluted application process that takes about two months.

This licence is likely to no longer apply and a new, less complex process could be introduced.

Last autumn the government also signalled that it planned to change primary legislation in parliament, making it easier to authorise gene edited crops for production and marketing.

Ahead of the release of the legalities, government officials hailed the rule changes as a breakthrough and a benefit of the UK’s departure from the EU.

Gene editing would help protect the environment, for example by reducing or eliminating the use of pesticides and herbicides, so protecting pollinators.

A spokesman said because the new rules were less constraining than those applied in the EU, scientists in England could gain an advantage through using genetic technologies.

Minister for agri-innovation Jo Churchill added:  “Now we have the freedom and opportunity to foster innovation, to improve the environment and help us grow plants that are stronger and more resilient to climate change.

“New genetic technologies could help us tackle some of the biggest challenges of our age – around food security, climate change and biodiversity loss.”

The news has been welcomed by farming organisations, with the NFU pointing to the potential benefits gene editing offers to UK farming, the environment and the public.

“These tools could help in a number of ways; from addressing pest and disease pressures on crops to the development of better and more nutritious foods and products with a longer shelf life,” said NFU vice-president Tom Bradshaw.

“If we are to make this a success, any new government regulation must be robust, fit for purpose and based on sound science, in order to provide public confidence and allow investment in products for the UK market,” he added.

“We must also work with devolved countries to avoid internal market challenges.”

But the government’s claims and announcement have been met with more scepticism from anti-GM campaigners.

Director of Beyond GM Pat Thomas said Defra’s public consultation ahead of the legislative change had failed to acknowledge key issues and arguments against genetically engineered crops.

In particular the government had stated to the public that gene editing mimicks natural processes and traditional breeding. But Beyond GM complains that precise definitions of what this means are lacking, with other groups describing the comparison as “overly simplistic” and “fundamentally flawed”.

Ms Thomas added that the government had overplayed the potential benefit of gene editing.

Crops put forward as benefiting, such as sugar beet, wheat and tomatoes, are nowhere near ready for market, she said, while bananas are not grown in the UK anyway.

Beyond GM has released a detailed document PDF) that casts further doubt on gene editing and the government’s consultation process.