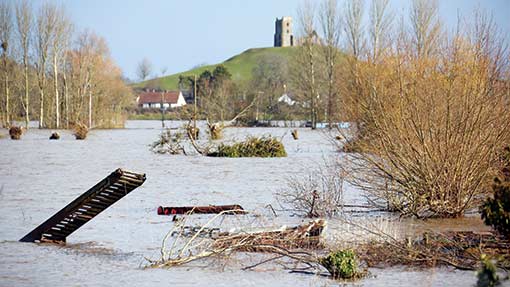 Donations to flood-hit Somerset farmers have passed the £1m mark in what charities have described as a “staggering” show of support.

Charities have been overwhelmed by the generous response of the public to urgent appeals to raise funds for flood-hit farmers on the Somerset Levels.

Non-farming people have pledged thousands of pounds and written to charities to express sympathy for struggling farmers.

Farming charity RABI has received £83,000 in the first half of February; £46,000 has been specifically earmarked by donators to help flood-hit farms. Normally, the charity would receive £50,000 for the whole of February.

“Calls from farmers will keep on rising as the full picture of the disaster emerges,” she added.

“Many farmers are waiting to see whether their insurance will cover them. Some are already finding that their policies have a £10,000 excess. In the short term, they are in dire straits.”

In the long term, Ms Spackman warned that some flooded farmers would be out of their homes for a year as the recovery process continues.

She said compacted soil would hit crop yields and quality, and stress on livestock, particularly at this “crucial time” for sheep, would leave them in poorer condition, fetching lower prices at market.

“All of this lower production will lead to higher levels of borrowing for some time to come,” she warned. “It’s not just farmers, it’s agri-businesses like contractors who have lost work.”

The Addington Fund has so far raised £44,300. Fund director Ian Bell said he was “staggered at the level of support, especially from urban people”.

“Individuals in cities and towns have sent us cheques for as much as £500,” he added.

Flood relief Find out how you can help

The Prince’s Countryside Fund (PCF) has provided £50,000 to be split between farming charities after a dramatic spike in public donations.

PCF fund manager Victoria Elms agreed that individuals outside of farming have made an incredible response.

“This time it’s the general public who are digging deep, not just our corporate supporters,” she added.

“The money is often accompanied by a handwritten letter sympathising with the plight of farmers. It’s been really touching.”

The Farming Community Network (FCN) has received more than £30,000 in donations.

FCN chief executive Charles Smith said flooded farmers in Somerset, in a “difficult physical and emotional state”, have been “very encouraged” by the support.