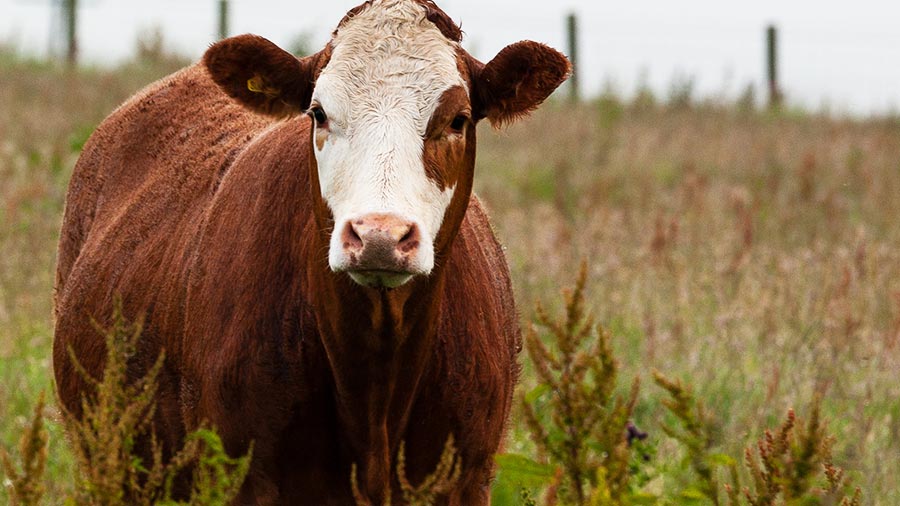 A report commissioned by the Scottish government has recommended a scheme that it says will help the country’s beef sector reduce its climate change impact while increasing efficiency.

The report (PDF) comes from the Suckler Beef Climate Group, set up by the Scottish government and chaired by former NFU Scotland president Jim Walker.

The group says industry emissions can be significantly reduced if a number of on-farm measures around cattle and land management are adopted.

The scheme could be implemented by Scottish government as part of future financial support for farms.

Mr Walker said the sector must act now to address its impact on the climate and environment.

“Suckler cows offer an irreplaceable way of turning grazing land, permanent pasture, and poor-quality rough grazing on the hills and uplands of Scotland into a much sought-after, internationally renowned and high-quality source of protein,” he said.

“Scotland has a unique opportunity to show the world that modern food production can operate hand in hand with a reduction in greenhouse gas emissions.

Jock Gibson, who produces Highland, Shorthorn and Aberdeen Angus beef at Edinvale Farm in Dallas, Moray, believes the scheme proposal is a positive move for the sector.

He told Farmers Weekly: “From a personal perspective, 85-90% of what is in there we are doing already as a business, but as an industry there is probably quite a few people who aren’t and are farming in different ways – in that sense it is a really useful report in setting out what we should be doing and why we should be doing it, and the effects it can have.

“As a direction of travel it is a very positive move – but as ever, the devil is in the detail. How it is implemented I don’t quite fully see.

“It is outcome-based which is good. Support payments are going to evolve around it. But in farming you don’t always get the outcome you are looking for – so if farmers don’t get the results they are expecting, be it around grassland management or other objectives, what happens then?”