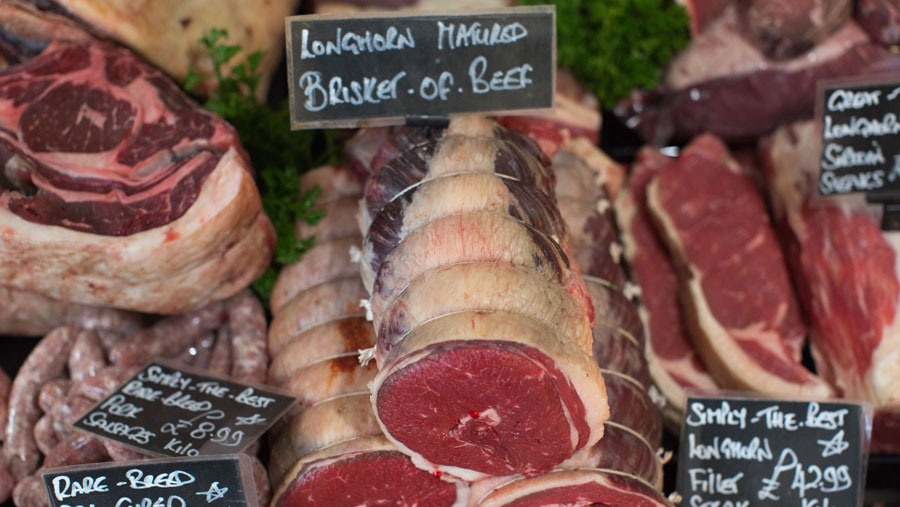 A controversial report that links red meat consumption with ill health and early deaths must be retracted and not used as the basis of the upcoming EAT-Lancet 2.0 report, according to a leading farmer and scientist.

John Gilliland and other prominent scientists have questioned the credibility of the 2019 Global Burden of Disease (GBD) report, which found a 36-fold increase on the 2017 iteration in the number of deaths and ill health attributable to global red meat consumption.

The 2019 GBD report, which was used as the basis for the 2019 EAT-Lancet report, found that a diet high in red meat was responsible for 896,000 deaths and 23.9m disability-adjusted life years (Dalys) – with one Daly representing the loss of the equivalent of one year of full health.

Speaking at a Quality Meat Scotland (QMS) briefing at the recent Royal Highland Show, Prof Gilliland, a professor in global food security at Queen’s University Belfast, questioned why the same scientists made “huge changes” to their report in just two years.

“Quite clearly, nothing dramatic happened between 2017 and 2019. So where has this come from?” he asked.

Prof Gilliland said a team of six international scientists, including Prof Alice Stanton, of the Royal College of Surgeons in Ireland, had challenged the data used behind the GBD and EAT-Lancet reports.

Their letter was published in the Lancet in February only after the GBD authors refused to write a rebuttal or a challenge against the challenge letter.

Prof Gilliland said it was concerning that major reports, including data used by UK food tsar Henry Dimbleby, had relied on the disputed data to call for a reduction in red meat consumption in the National Food Strategy, a government-commissioned independent review of the food system, published in July 2021.

One slide included in the strategy suggested that a diet high in red meat was worse for human health than a diet high in sodium (salt). “How can that be correct?” asked Prof Gilliland.

By contrast, the Prospective Urban Rural Epidemiology (Pure) study, the largest ever study across the world of actual clinical cases, found that eating red meat has a curative and preventative effect on human health. The peer-reviewed study was published in the American Journal of Clinical Nutrition last year

Prof Gilliland said “pressure is mounting” on the authors of the GBD and Eat-Lancet reports.

In March, the Lancet journal published a letter penned by GBD authors, saying: “Based on the meta-regression of available studies, there is a clear protective relationship between red meat intake and haemorrhagic stroke, which will be reflected in the GBD 2020 findings.”

The letter goes on to estimate that diet analysis attributes “zero deaths” to red meat consumption for people aged below 25 years old.

Prof Gilliland raised concerns that UK schools were “pulling red meat from menus” and “saying it is bad for you” when the authors of the GBD were now concluding that eating red meat was responsible for zero deaths in this age group.

Meanwhile, Gordon Guyatt, a Canadian professor who is recognised as one of the leading experts on health metrics in publication, has questioned the data used in the 2019 GBD report. In March, He tweeted: “Red meat may not kill at all, but something seriously wrong in [the] estimate.”

Latest estimates of deaths from #redmeat by Global Burden Disease Study 36 times greater than 2017. Red meat may not kill at all, but something seriously wrong in estimate. Calls for evidence remain unanswered even in latest author’s response – big problemhttps://t.co/Q9D0ZPTQ37 pic.twitter.com/J2LKb7wgrD

Prof Gilliland acknowledged that the agriculture industry must raise its game to reach net zero, but he pointed to exciting work under way on farms in Northern Ireland, using £45m of NI government funding over the next four years to measure carbon sequestration on every farm.

But it was essential that farmers and industry stakeholders engage with the authors of the forthcoming EAT 2.0 report “if we don’t want a repeat of the battle we had with EAT-Lancet”.

He added: “For us, quite clearly, that 2019 [GBD] report needs to be retracted and there is no way that EAT Lancet 2.0 should be allowed to use it as the basis of the report they will write and will reflect on our industry.”