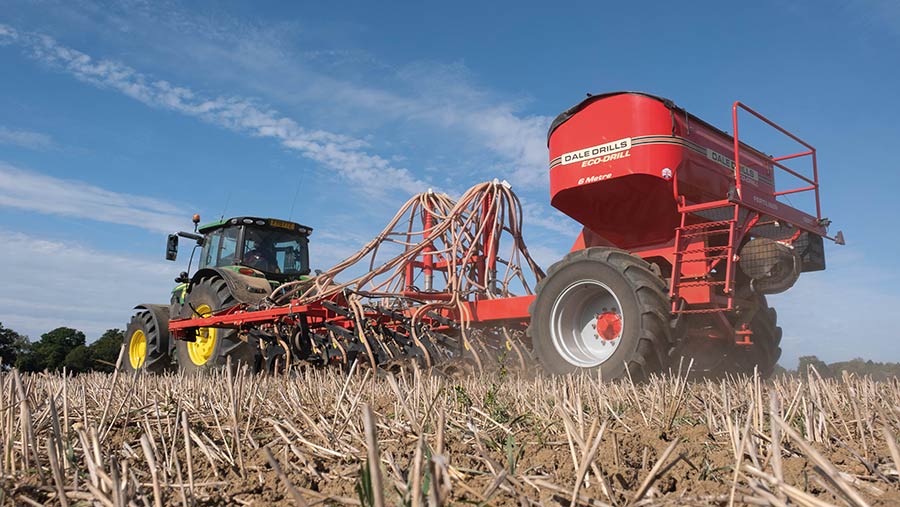 Another carbon payment programme has come to the UK. We find out how the Soil Capital Carbon programme will work.

Farmers signing up to Soil Capital’s carbon programme will receive a minimum price of £23/t of carbon dioxide equivalents for improvements they can make in both reducing greenhouse gas emissions and increasing carbon storage in soils.

Founded by farming and finance professionals in 2013 and headquartered in Belgium, Soil Capital is an independent agronomy firm specialising in improving soil health and on-farm profitability, says UK-based Andrew Voysey, who is responsible for sales and carbon strategy.

See also: How growers can help secure future of bentazone with web tool

At its launch, about €500,000 (£428,500) of carbon certificates were pre-sold to companies such as Cargill, with these certificates being generated by the first year’s intake of 150 French and Belgian arable farmers.

Mr Voysey says the programme’s initial success means it has been expanded to include about 100 UK farmers from this summer.

“The 2022 harvest will be the first harvest cycle where British arable farmers will be able to generate carbon certificates with Soil Capital Carbon,” he says.

The firm is looking to attract arable landowners or tenants on mineral soils with at least 100ha of cropping, and who want to start to change or maintain their practices to reduce emissions and sequester carbon.

Certificates are generated for an initial period of five years on a whole-farm basis.

“At the point of enrolment, we do a personalised farm analysis to construct a baseline using our farm diagnostic tool, mySoilCapital,” Mr Voysey says.

“The greenhouse gas baseline will either show the farm is an overall net emitter or, sometimes, already net sequestering carbon. Both are eligible for the programme, but it triggers a different methodology for generating carbon certificates.”

Each year the analysis is repeated, which means there is an opportunity on an annual basis to generate certificates, he says.

“If the farmer was originally a net emitter on their baseline, any improvements they have made to their net emissions are used to generate certificates to sell to buyers.”

If a farmer is already sequestering carbon when they join the programme a slightly different approach is taken.

Mr Voysey explains: “If we used the same methodology a perverse incentive would exist because there is a natural physical limit to how much carbon farmers can sequester, and therefore, would have less room to improve. That could mean there is an incentive to plough up soil to improve earning potential.”

To counter that, if you are net sequestering when joining, a standard baseline derived from common practices for the local region is used as the comparison to generate certificates, he says.

“In France and the UK regions analysed so far, this regional baseline is +250kg/ha carbon dioxide equivalents of emissions, so any difference between +250kg and their net sequestration is generating certificates.”

While the programme’s duration for earning certificates is five years, the carbon newly sequestered in the soil must be retained for at least 10 years from the year this was achieved.

That means not all the certificates generated are immediately sold – 20% are put into a buffer reserve, which act as insurance for buyers in case sequestered carbon is released in the future.

During the 10-year retention period land, especially tillage practices, is monitored by satellite, and only after the 10 years have elapsed are the certificates released, sold and revenue generated for farmers, if the monitoring process concludes there is no risk of carbon being released, Mr Voysey explains.

“We have, uniquely, a positive financial incentive, not just a contractual agreement, for farmers to respect that permanence period.”

While the programme’s carbon change quantification is done through the Cool Farm Tool model, soil analysis is required at the start and end of the programme.

The initial sample is used to confirm the soil characteristics that the model requires for its calculation, while the end analysis will be used to help improve the Cool Farm Tool, Mr Voysey says.

“But the five-year analysis doesn’t affect the certificates generated at this point.”

The programme is, however, designed in alignment with the International Organization for Standardization (ISO) standard for the quantification of greenhouse gas reductions and removals, he stresses.

“The protocol we have developed with our technical partner, South Pole, is fully aligned with that standard and has been independently validated by a third-party ISO-accredited auditor.

“That kind of robustness is why €500,000 (£430,000) worth of certificates were bought by companies when we launched, and why farmers have confidence in the scheme.”

What can you earn through Soil Capital Carbon?

“The first is the floor price of £23/t carbon dioxide equivalents for farmers for the carbon certificates. That means we are protecting farmers from the downside risk of selling a commodity, and we only sell if that floor price is cleared.

“Second, if the carbon price rises, then farmers are positioned to benefit – they always get 70% of the final sales value, however high it goes.

“The third is using an ISO standard that accesses international markets. In a market where supply is limited and demand is strong, we want farmers to be able to enjoy the economic upside that should result from that.”

A 300ha arable farm generating an average reduction in emissions equivalent to 1t/ha of carbon dioxide equivalents a year would earn a minimum of £4,500 a year after the annual cost of £980 for the analyses for the first five years, and at least £30,000 after costs over the whole life of the programme, if there are no losses of carbon from the soil, Mr Voysey claims.

That kind of reduction could be achieved through changes in fertilisation strategy to use more organic manures rather than synthetic fertilisers, greater use of cover cropping, and reducing tillage, he suggests. 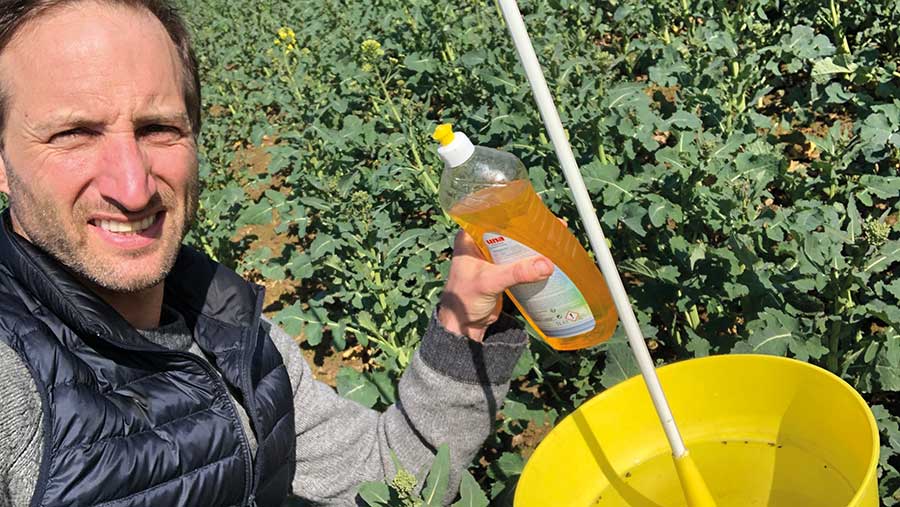 Signing up to Soil Capital Carbon fitted perfectly into the journey Belgian farmer Tanguy de Bock was taking on his 50ha farm about 30 miles east of Charleroi.

In the past two years he has been transitioning from a conventional system dominated by winter crops to a regenerative system which includes two years of a legume/grass ley, winter wheat or spelt, multi-species cover crops, spring barley and vining peas.

Those changes, alongside tillage reduced to no deeper than 7cm where possible, have cut inputs and energy used across the farm over the past seasons.

Having already benefited from advice from Soil Capital in planning his transition, Mr de Bock says the carbon project was a natural extension, particularly given the changes being made to focus on improving soil organic matter levels and building a more resilient farm.

“It fits very well with the transition we want to make, and the platform also compares you with similar farms so you can see how compare economically and for carbon,” he says.

Completing the initial benchmark survey required a mix of farm data and, where data was not available, some standard estimates. Typically the process takes about three hours, working with an agronomist, once the data has been collated.

Last season’s crops were the benchmark year, with harvest 2021 the first year in which practices will be compared and carbon certificates potentially rewarded.

“Under our conventional system we were emitting 1.45t/ha carbon dioxide equivalents, while the best farms were fixing about the same,” Mr de Bock says.

“We’ve reduced our ploughing and moved further towards organic sources of fertiliser so I’m expecting we will have done better this year.”