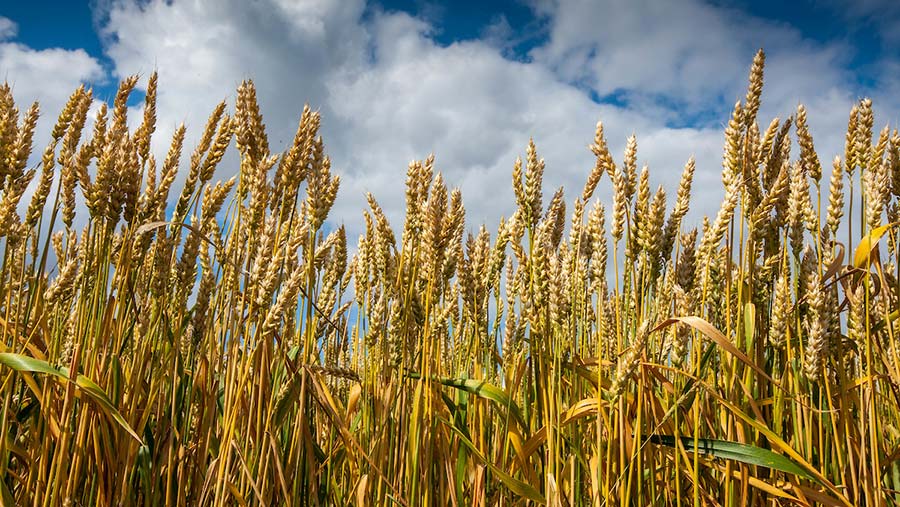 Crop production could plunge if climate change causes the collapse of an ocean current that brings warmth to the UK, scientists have warned.

Land suitable for arable farming could drop from 32% to 7%, triggering a major reduction in the value of agricultural output.

In this worst-case scenario, a decrease of £346m per year – a reduction of 10% – is estimated in the net value of British farming.

See also: What UK farmers should expect from weather trends

This would happen if the an ocean current known as the Atlantic Meridonial Overturning Circulation (AMOC) is weakened as a result of climate change.

The AMOC carries a large amount of heat northwards from the tropics, warming the north Atlantic region.

While global warming is expected to increase food production, if this current collapses, it would not only wipe out these gains but cause the “widespread cessation of arable farming”, according to scientists from the University of Exeter.

“”If the AMOC collapsed, we would expect to see much more dramatic change than is currently expected due to climate change,” said Dr Paul Ritchie, of the university’s Global Systems Institute.

“Such a collapse would reverse the effects of warming in Britain, creating an average temperature drop of 3.4C and leading to a substantial reduction in rainfall [>123mm during the growing season].”

The warning is contained in a paper published in the journal Nature Food, focusing on the stark impact of the collapse of the AMOC on agriculture, entitled Shifts in national land use and food production in Great Britain after a climate tipping point.

The study examines a “fast and early” collapse of the current, which is considered a “low probability” at present – but the AMOC has weakened by 15% over the past 50 years.

Such a collapse – a climate change “tipping point” – would leave Britain cooler, drier and unsuitable to grow many crops, the study says.

Reduced rainfall would be the main problem, and although irrigation could be used, the amount of water and costs “appear to be prohibitive”.

The scientists behind the study warn “we would be wise to act now to minimise the risk of passing climate tipping points”.