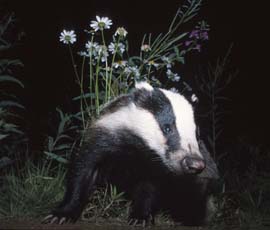 DEFRA has revealed that work has started on the first national badger survey since the late 1990s in order to get an up-to-date estimate of current numbers.

The government says obtaining an estimate of the current size of the badger population will help inform policy on badgers and will assist the UK in addressing its obligations under the Bern Convention.

It comes as the government considers whether to give the go-ahead to two trial badger culls as part of a policy to tackle the growing incidence of bovine TB.

A decision on whether the pilot culls will get the green light is expected imminently.

The last National Badger Survey of Great Britain was completed in 1997 and was a follow-up to an original survey carried out in the mid 1980s.

The 1990s survey revealed badger numbers had increased substantially in the intervening decade.

Details of the project, published on DEFRA’s website, says “there is a commonly-held perception that the badger population has continued to increase since then”.

These squares are a representative sample of the landscape types in England and Wales and going back to them will help quantify any changes that have occurred over the intervening years.

Each 1sq km will be completely resurveyed by professional surveyors during the autumn, winter and spring and all badger setts will be mapped.