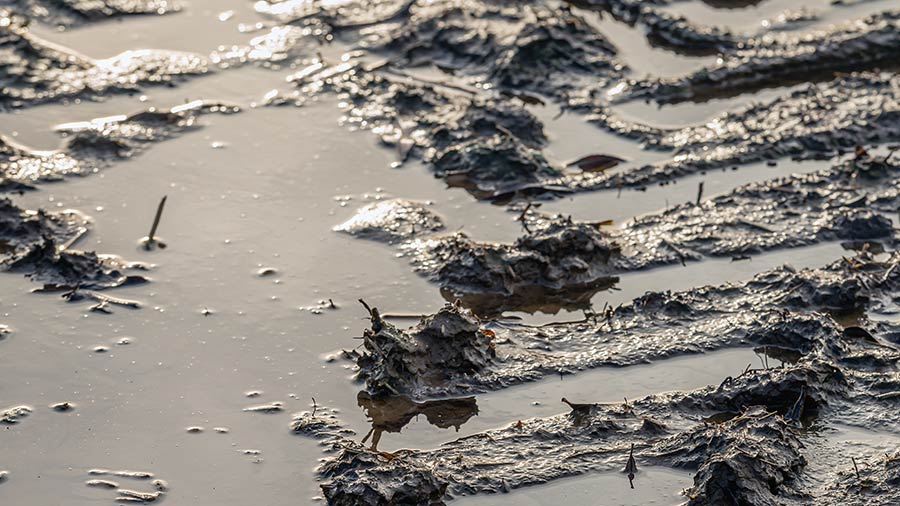 An Environment Agency (EA) boss has come under fire from farmers for posting photos of soil erosion on an arable farm, and suggesting it was caused by just 20mm of rainfall.

Dave Throup, EA manager for Herefordshire and Worcestershire, tweeted two photos of soil erosion on a farm in south Herefordshire – one an overhead, and the other a close-up of the soil profile.

He added: “#soilpatrol has been out today and this farmer will be receiving a visit.”

Meanwhile 20mm of rain over south #herefordshire has caused this.#soilpatrol has been out today and this farmer will be receiving a visit. pic.twitter.com/abaUme57we

But farmers questioned Mr Throup’s claim that 20mm of rain caused the soil erosion – and they pointed out that this is the culmination of weeks of wet weather.

AICC agronomist David Lines replied to the tweet, saying: “Might I suggest that it is probably the wet December that has resulted in waterlogged soils.

“The 20mm of rain is the straw that broke the camel’s back.”

Lincolnshire arable farmer Andrew Ward said it was “very misleading” to suggest that just 20m of rain caused the erosion and added: “20mm on top of already saturated soil might.”

While some farmers agreed the photos “did not look good”, others questioned why the farmer was being “outed”.

Herefordshire farmer Ally Hunter Blair said it “looks like a field of wheat with the compaction removed, planted across the bank with a grass buffer strip at the bottom”.

Other farmers said that poor river management, which is the responsibility of the EA, may have contributed to the soil erosion.

“Biblical rainfall, light soil and extensive cultivation” may have caused the erosion, he added, and no-till farming and cover crops could have prevented it “but only with the correct machinery”.

But Mr Harrison said the EA should sort themselves out first before singling out farmers on social media.

“The Environment Agency used to be called the National Rivers Authority and used to dredge waterways. Now they neglect them,” he tweeted.

Farmers Weekly has contacted the EA to request a formal response, including its advice on how this farmer and others can prevent soil erosion on arable farms.