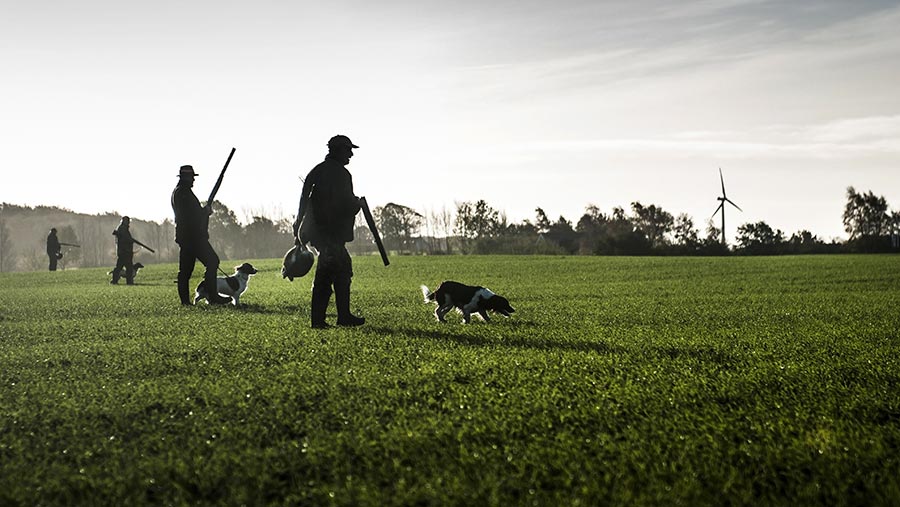 Defra will hold a consultation on its plans to phase out lead ammunition to help protect wildlife.

The government is considering a ban under the UK’s post-Brexit chemical regulations and the Environment Agency and Health and Safety Executive will start a two-year process to review the evidence, conduct a public consultation and propose options for restrictions.

The registration, evaluation, authorisation and restriction of chemicals (UK Reach) regime has been in place since the UK left the EU.

Research by the Wildfowl and Wetlands Trust (WWT) shows that between 50,000 and 100,000 wildfowl die in the UK each year as a result of ingesting lead from ammunition.

Wildfowl often mistake the pellets for food. A further 200,000 to 400,000 birds suffer welfare or health effects, and animals that predate on wildfowl can also suffer.

The UK’s leading shooting organisations are already working on a voluntary five-year transition away from lead shot for live quarry shooting.

Ian Bell, the chief executive of the British Association for Shooting and Conservation (BASC), said: “The UK Reach consultation encompasses all lead ammunition and reaches well beyond the voluntary transition.

“They must avoid the failure of the EU Reach process which failed to listen to the shooting, land management, conservation and farming communities and produced unreasonable and unworkable regulations.

“Continued engagement with the shooting organisations is critical to ensure any proposals are proportionate, feasible and enforceable while recognising the significant investment and time required to deliver proportionate and effective change.”

Mr Bell said cartridge companies faced a “significant challenge” to produce the amount of non-lead ammunition required for the UK market using the current factories available in the country, but encouraging progress had been made to bring new products to market to ensure shooting was sustainable.

“Game dealers have made significant progress in minimising the amount of lead contained in game sold to the public,” Mr Bell added.

“The shooting sector has recognised that there needs to be a transition to non-toxic shot for game shooting and recommended a five-year period to allow the cartridge manufacturers to change over a year ago,” Mr Tufnell said.

The announcement has also been welcomed by environmental organisations.

Dr Julia Newth, ecosystem health and social dimensions manager at the WWT, said: “Regulation of its [lead] use in all shooting, wherever this may happen, is very much needed as soon as possible to protect human and animal health and to enable us to move towards a greener and safer future.”