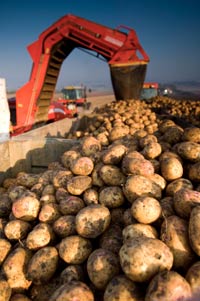 Tackling global food security while avoiding further damage to the environment will be the focus of an important debate to be held at next month’s Conservative Party conference in Manchester.

Organised by the Crop Protection Association, in association with Farmers Weekly, a panel of top speakers will discuss the impact of rapid population growth on food, energy and water supplies over the next 20 years.

“Feeding a growing world population in the face of climate change and declining land, energy and water resources is one of the most significant issues facing today’s society in preparing for future generations,” says CPA chief executive Dominic Dyer, who will chair the debate.

“Views differ on how we should tackle this ‘perfect storm’ of global challenges. For some, it requires the application of scientific innovation to create a second Green Revolution; for others, it means supporting local, traditional food production systems; others still call for social and behavioural changes to reduce consumption and waste. We look forward to what promises to be a lively and thought-provoking debate.”

Each will have a chance to put their views before an audience of party members, politicians, journalists, NGOs, agriculture and food industry stakeholders.

The event will take place as a breakfast debate from 7.30-9.30am on Thursday 8 October in the main Exhibition Hall (Exchange Room 1) in Manchester Central.