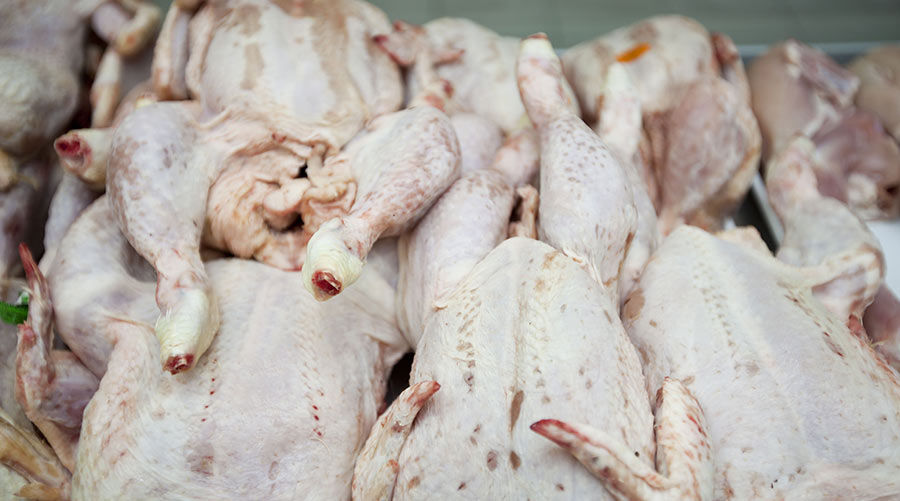 In one of his final interviews before stepping down, Sir Ian said there was no “scientific” reason to ban chlorinated chicken or hormone beef in a post-Brexit trade deal with the USA.

Both practices are banned in the UK.

See also: Industry alarm over imports of US chicken and beef

But Sir Ian told Sky News there was no evidence that the meat is harmful and British consumers should be allowed to choose whether they want to eat it.

His comments have angered British farmers, who say chlorinated chicken and hormone-treated beef fail to meet UK animal welfare standards – and should not be allowed into the country.

“From a health perspective there really isn’t a problem with chlorinated chicken,” Sir Ian said.

“The issue is about production processes and animal welfare, and that is a values-based choice that people need to make.

“My view is that we need to be allowed to make that choice.

“But it is the job of people like me to make sure that we explain as clearly as possible what the consequences of different choices are for people.”

NFU president Minette Batters has warned that allowing imports of chlorinated chicken and hormone-treated beef into the UK would be a “betrayal” of British farming.

“Put simply, some US food would be illegal to produce here,” she has said.

“British farmers do not rely on chlorine-wash to ensure their chicken is safe to eat, nor do they feed growth hormones to their cattle, pigs or dairy cows.

“In the US, for example, there are hardly any welfare laws for laying hens, with no federal laws on housing, which are in stark contrast to the UK’s advanced rules on laying hen welfare.”

The NFU says British farmers are quite reasonably expected to meet the values of the British public in how food is produced – and those values must not be sacrificed.

Soil Association policy director Jo Lewis said Sir Ian was “profoundly wrong” to suggest that UK animal welfare standards did not need to be protected in a US trade deal.

“The prime minister has guaranteed we will not see UK food and welfare standards sacrificed on the altar of a US trade deal, or British farmers undercut by lower standard imports – this public promise must be kept.”

Sir Ian’s successor, Professor Gideon Henderson, will take up the role of chief scientist in October.