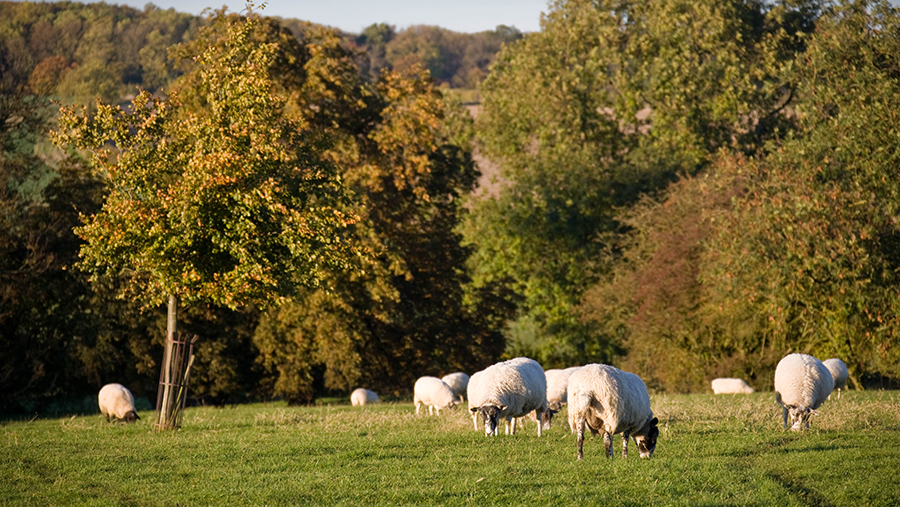 Growers and livestock producers must take action to reduce greenhouse gas (GHG) emissions and mitigate the effects of climate change, a government minister has warned.

Although emissions had fallen over the past 30 years, Defra minister Rebecca Pow said there was “much more to do” for the UK to meet its net-zero target.

“Farmers will need to play their part in this,” she told a British Crop Production Council (BCPC) seminar on Tuesday (22 September).

“Furthermore, an emissions reduction needs to be examined in the context of longer-term considerations of food security, land use and natural resources.”

Atmospheric concentrations of carbon dioxide – the primary GHG emitted through human activity – were at their highest for at least 800,000 years, said Ms Pow.

The government’s Agriculture Bill would work alongside its 25-year environment plan and clean growth strategy to continue guiding emissions reductions in the sector.

Due to be published in 2021, the second part of the government’s national food strategy will examine how the food system can contribute to the UK reaching net-zero by 2050.

“There is a great deal of focus now within my department on emissions from agriculture and how to tackle them,” she added.

Defra is funding resilience research, adaptation work and ways of enhancing crop sustainability through the use of genetics, said Ms Pow. “We plan to develop future publicly funded research and innovation further.”

Technological fixes are very important, but it is crucial to have a balanced approach that respected and enhanced nature, said Ms Pow.

“This means decarbonising while using nature-based solutions and promoting biodiversity.

In turn, this would make farming livelihoods more diversified and resilient.

Land management activities that could be funded include creating and enhancing habitats for wildlife species threatened by climate change.

“It is clear that farm businesses – supported by government – must be proactive about forward planning and future-proofing for a changing climate.”

Farm businesses should adapt for increased flooding and drought, consider future crop suitability and increase their land and business resilience.

In June 2019, the UK became the first major economy in the world to set a legally binding target to achieve net-zero emissions in all sectors by 2050.

“Agriculture is a key sector for both adaptation and mitigation, given that farms are on the front line of climate change,” she said.

“Farming livelihoods are especially vulnerable to [the] increasing variability of temperature and rainfall – as well as to the impact of increasingly frequent extreme weather events.”

Some 570,000ha of the “best and most versatile” land is currently at considerable risk of flood-related damage, said Ms Pow. This is expected to rise to 750,000ha in a scenario where the temperature rises by 2C and 940,000ha should it rise by 4C.