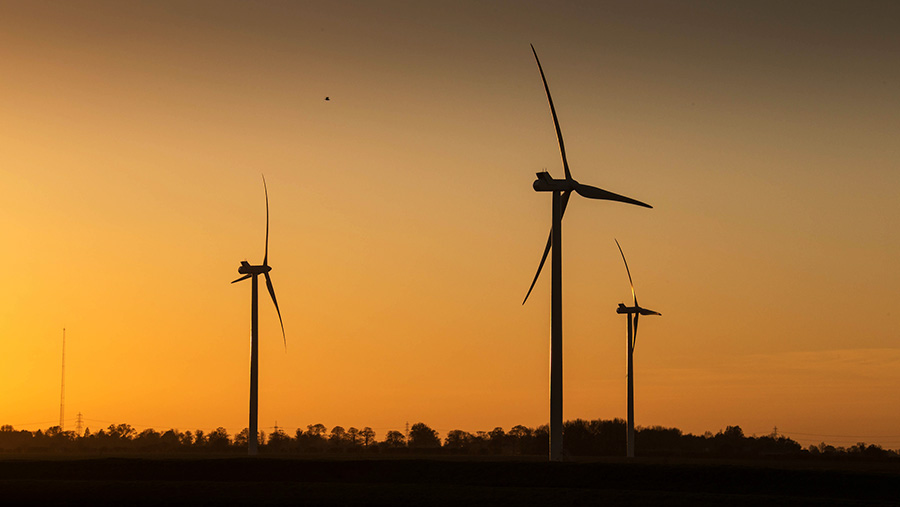 While reducing greenhouse gases might not seem like a business priority, farmers are waking up to the cost savings as well as the environmental benefits of reducing their carbon footprint.

NFU president Minette Batters committed the industry to greater action on climate change almost two years ago. The union’s goal is for UK agriculture to be carbon neutral by 2040 – a full decade ahead of the government’s 2050 target for the UK as a whole.

These ambitious targets can be met – but will require government help and big changes in farm management, say industry leaders and experts.

Greenhouse gas (GHG) emissions from agriculture were equivalent to 45.6m tonnes of carbon dioxide in 2017 – representing some 10% of total UK emissions. Although emissions from farming have decreased by 16% since 1990, little further progress has been made since 2011.

Even so, farmers have a key role in tackling climate change. While other industries are net emitters, agriculture has big potential to capture carbon dioxide from the atmosphere and turn it into food, fibre and fuel – becoming carbon neutral in the process.

“We know that we can reduce our emissions – if we can get the right policies in place,” says NFU climate change adviser Ceris Jones.

“We know we can store carbon on farmland too – again if we have the right policies. We also have a huge contribution to make to the wider net-zero economy – and to the bio-economy – because of the range of products we produce.”

Not all farms will be able to eliminate or offset all their carbon emissions, the NFU acknowledges. Some will do more than others. But the ambition is that the industry as a whole – across the UK – will be able to achieve the Net Zero 2040 goal.

It will require a three-pronged approach: increasing productivity, carbon sequestration and ramping up renewable energy production.

For many farmers, these measures could save money as well as carbon. In some cases they could generate additional income. Either way, the first step for individual farmers should be to measure their own on-farm GHG emissions and identify areas for improvement.

Producing more food using fewer inputs could save 11.5m tonnes of carbon dioxide equivalent (CO2e) annually, says the NFU. Measures will include the use of controlled-release fertilisers, feed additives to reduce methane production by livestock, and precision farming techniques.

Storing carbon in soils and woodland could save 9m tonnes of CO2e. Much of this will come from enhanced soil carbon storage (5m tonnes), with the remainder from peat and wetland restoration (3m tonnes), increased woodland planting (0.7m tonnes) and hedgerows (0.5m tonnes).

Coupling bioenergy to carbon capture, utilisation and storage could save a massive 26m tonnes of carbon dioxide annually, says the NFU. Alongside a big increase in renewable energy output, this would include the use of bio-based materials in the construction and manufacturing industries.

Carbon dioxide
The main source of atmospheric carbon dioxide is the burning of fossil fuel, including diesel, petrol and gas. Disturbing soil also releases carbon dioxide – so reduced tillage techniques can reduce emissions while also helping to improve soil health on some farms.

Methane
Ruminant livestock and their manure are major sources of methane, which is produced by the digestive process and the decomposition of liquid slurry.

Both ruminant animals and non-ruminants produce methane, although ruminants are the largest source per unit of feed intake. Manure stored or treated as a liquid produces significant quantities of methane – much more than when it is handled as a solid

The role of livestock

Much has been made of the role of livestock. The government’s Committee on Climate Change has called for a 20% reduction in consumption of beef, lamb and dairy products. Unless people eat less meat, it argues, net zero will not be met.

Similar calls were made this month in a report by the Climate Assembly – a representative group of 108 UK citizens brought together from all walks of life by parliament to discuss and recommend ways that net zero can be achieved.

A change in diet is needed to reduce meat and dairy consumption by 20-40%, the assembly report says. But it also stresses the significance of education, saying that any changes should be voluntary rather than compulsory.

The report also highlights the need for measures to support farmers making the transition. It also asks policymakers to take into account the implications for smaller farms, the suitability of different land for different uses, and differences in impact between UK regions.

But the NFU argues that Net Zero 2040 can be achieved without reducing livestock numbers. It says productivity measures can largely offset emissions from ruminants – and argues that grass-fed sheep and beef bring major environmental benefits to the UK.

Sarah Bridle, a professor of astrophysics at Manchester University, is the author of Food and Climate Change Without the Hot Air, which looks at ways to reduce greenhouse gas emissions from food.

Suggestions that consumers should reduce their meat consumption are “not entirely fair” on livestock producers, she says.

“It is realistic for UK agriculture to reach Net Zero by 2040 but we would have to make some quite major changes,” Prof Bridle says. “I agree with the NFU that there is no silver bullet. The most important thing now is to really involve farmers in the conversation about what to do.”

Prof Bridle believes more financial support is needed so farmers have a better understanding of GHG emissions, can learn more about how their actions are already reducing emissions – and can then decide what further action they can take.

“I don’t mind what the solution is – whether we have a wonderful feed additive that helps reduce methane from ruminants or whether it involves tree planting,” she says. ”The problem is that we have a target but we don’t have the information to work out whether we are on track to meet it.”

Arable farmer Tom Clarke has invested in new kit and reduced tillage to conserve soil, and ploughs only when necessary. “Action to reduce soil lost with the harvested crop is being boosted by a whole supply chain approach,” he says.

Mr Clarke farms some 400ha of combinable crops, potatoes and sugar beet in Cambridgeshire. Reduced cultivations have cut farm costs as well as being good for the environment, he says.

“Carbon is stored by moving 75% less soil than we used to. We are now only ploughing regularly before potatoes,” Mr Clarke says. He has also been experimenting with a minimum-till and no-till strategy for wheat. An upgraded beet drill has also reduced soil disturbance.

“The changes I’ve made on the farm so far have come about from me just thinking about what we were doing, but finding different ways of managing peat to try and slow rates of loss is going to be particularly challenging in the future,” he says.

Performance recording has enabled a renewed focus on traits such as fecundity, mothering ability and growth rates. As a result, the time taken to fatten lambs has reduced by up to 30 days. Improving productivity means lower GHG emissions per finished animal.

Benchmarking physical and financial business performance has enhanced the quality of breeding stock too. But Mr Sercombe says this data-driven approach to profitability will only be delivered in the long term with better rural broadband and mobile phone coverage.

He says: “The sector needs access to more reliable data if we are to drive productivity, reduce emissions and meet the demands of the domestic market, as well as new and developing export markets.”