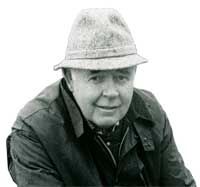 I have two grandsons – one is seven-and-three-quarters and the other five-and-a-quarter. At that age a quarter of a year is significant and they record each addition to their age with glee. I also have a granddaughter who has just turned 21. That milestone too was cause for anticipation and celebration.

When you get to my age, birthdays come round much quicker than they used to and are less welcome – never mind that you don’t get many presents. It’s only when you make the 90s or even 100 that birthdays are notable again. We’ve all met elderly people who, without being asked, tell you with pride: “I’m 97.”

Institutions, on the other hand, are different. If they’ve been successful, which by definition they must have been to have reached a notable anniversary, it’s a wonderful excuse for nostalgia and an opportunity to promote activities planned for the future. So it is with Farmers Weekly – the Yellow Peril of the past 75 years.

It’s certainly been a big part of my life – first as a reader, when my favourite page was A G Street’s, and now as a contributor. It is 18 years since I started this column following 13 years of doing one for Big Farm Weekly (when I looked more like the picture at the top of this page). When Farmers Weekly bought BFW in 1991 I simply moved across.

But I’ve recently been involved with a few other significant anniversaries as well. The Women’s Food and Farming Union (WFU), for instance, is 30 this year, and last week I participated in a celebration lunch marking that occasion. My association with WFU goes back a long way – most of the 30 years, in fact.

At that time I was presenting a series for Anglia TV entitled Country People. I had heard about a bunch of feisty women in Kent who, angered by the French Golden Delicious apples being imported, undermining the value of their husbands’ home-grown Coxes, mounted a campaign to stop them and promote Cox. I made a film about them entitled British to the Core.

They were highly successful and realised, as housewives as well as farmers’ wives, that they were uniquely placed to act as a link between UK food producers and consumers. That’s how the WFU started and it went on to broaden its activities to all sectors of farming. Members monitor production and marketing to ensure that ethical methods are used, they lobby government and they promote better relations between producers and consumers.

Another organisation celebrating its coming of age this year is LEAF (Linking Environment and Farming). Eighteen years ago relationships between farmers and the public were deteriorating and there was an urgent need to turn this situation round, so I helped start LEAF.

I had a dream, back then, of LEAF signs on farm gates matched by stickers on produce on supermarket shelves, linking them together. As anyone who shops at Waitrose will know, that dream has come true.

LEAF has achieved more, much more, in its first 18 years and become a beacon of practical good sense as well as best practice. I am intensely proud of my early involvement with the organisation and I shall be at its birthday party later in the year.

Incidentally this year is also the anniversary of my first harvest on my own rented farm in 1959. It was as dry as that in 2009. You only get them like that every 50 years.

To read more from David Richardson see his blog.

David Richardson farms about 400ha (1000 acres) of arable land in partnership with his wife, Lorna, and his son, Rob, near Norwich in Norfolk.