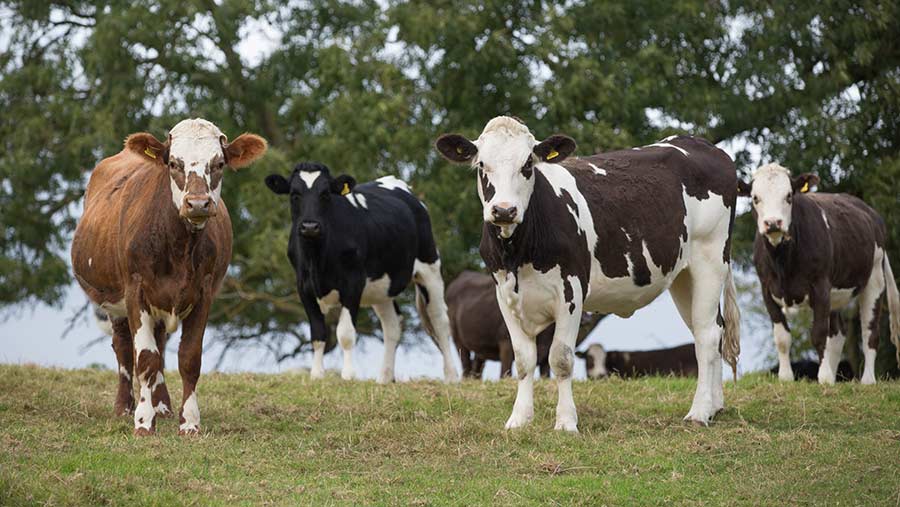 As pressure intensifies on consumers to change their eating habits for environmental reasons, UK farmers could benefit from new opportunities to export to countries producing food with inferior green credentials.

Cambridgeshire arable grower Tom Clarke believes UK farmers have nothing to fear from campaigns seeking to convince people to eat food that is seen as better for the climate and nature.

Many farmers were already using low-carbon options to produce food, including beef, Mr Clarke told a Countryside COP webinar on Tuesday (12 October) and, as such, UK agriculture could capitalise on that.

“The UK is in a unique position globally in that most of the food we produce is relatively low-carbon food,” he said.

“Modelling for climate change has shown that the UK will continue to be a relatively good and low-carbon-footprint place to grow food, but that won’t be the case for a lot of the tropics. I think there are potential opportunities for the UK to capitalise on that.”

Producers could use it as a marketing tool and make the case for low-carbon British beef or other British livestock produce.

“If people are going to eat some [meat], and presumably we are not going to get rid of it across the globe, we might be able to keep current levels of production and export to countries on low-carbon, climate-friendly labelling, and displace local production which is worse for the environment,” Mr Clarke said.

A key message to governments from the webinar participants was that farm policy needed to support farmers to make the changes expected of them.

Johnnie Balfour, who runs a herd of Pasture for Life certified cattle in Fife, Scotland, and grows cereals and vegetables, said the industry was “incredibly sensible” at being able to adapt to what policy frameworks demanded of them.

He has already made changes to the way he runs his system, resulting in the tractor requirements of his business reducing by 400hp compared with five years ago.

“We are working really hard to get off the hamster wheel of running very fast to stand still,” he said.

Liz Bowles, of the Soil Association, urged farmers to “stand on the shoulders of giants” and follow the lead of others who had already taken steps to reduce the impact of their businesses on the climate and nature.