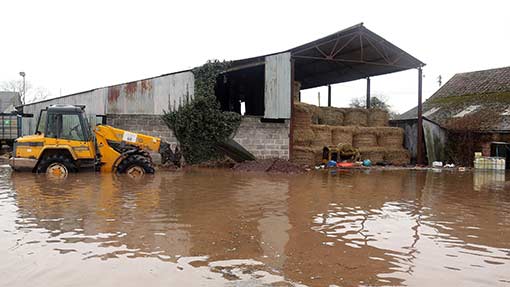 Two severe flood warnings remain in place for the Somerset Levels, while work continues to pump water off deluged farmland in the area.

Across the rest of south and central England, river levels are continuing to fall, including along stretches of the Thames and the Severn, the Environment Agency said.

However, with more unsettled weather forecast for this week, farmers are being warned there could be more flooding, especially on already saturated farmland.

On Monday (24 February) the Met Office forecast spells of persistent rain as well as sunshine and scattered showers for most UK regions this week.

Looking ahead, it said the unsettled weather pattern would continue across the UK for much of March, with the best of the drier, brighter conditions in the South and East.

Temperatures are likely to be about average, which may lead to more frequent incidences of frost compared with recent weeks.