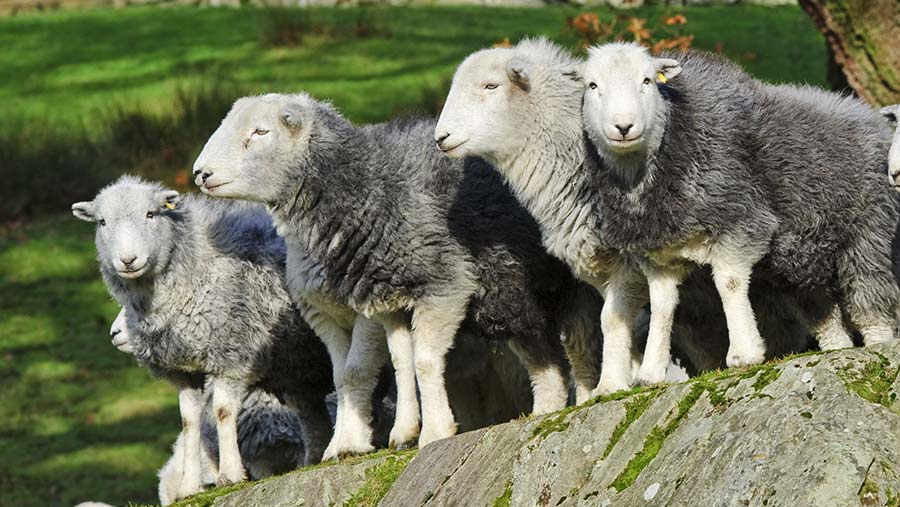 The vital role of farmers in shaping the nation’s protected landscapes must be recognised as new policies are drawn up for the countryside, industry leaders say.

Their warning follows calls to attract more visitors to England’s national parks and areas of outstanding natural beauty – amid concern that increased tourist numbers will come at the expense of farmers who manage some of the country’s most precious and fragile landscapes.

Recommendations for a new approach to landscape management, including doing more for nature and making national parks accessible to more people, were made to the government by the independent Glover report, published last autumn.

While some farmers would welcome more visitors, others are less keen. Visitors bring benefits, but they also bring challenges, including to local farming communities and delicate working landscapes that have been centuries in the making.

The Glover recommendations came to the fore again last week when Lake District National Park Authority chief executive Richard Leafe said it was important that the Unesco World Heritage site did not become exclusive to a single user group.

“The moment we get into that position I think national parks start to lose their relevance and therefore the very reason for calling it a national park and spending public money,” Mr Leafe told Sky News in an interview broadcast on 29 December.

“Our challenge is to see what we can do to reverse that, to encourage people from broader backgrounds and a wider range of personal mobilities into the national park to be able to benefit in the same way that those other groups do.”

See also: Opinion: Monbiot is wrong about the Lake District

The Lake District gained Unesco World Heritage status in 2017. At the time, the Unesco committee highlighted the importance of the area’s farmed landscape – and suggested careful monitoring of visitor numbers and the impact of tourism.

The annual visitor spend is worth some £1.1bn. But it comes at a cost, including traffic congestion, erosion of hillsides and one of the country’s highest rates of sheep-worrying incidents.

Overseen by the journalist Julian Glover, the Glover report advises that national park management must change to reflect modern needs.

It says modern Britain is a much different place, both socially and demographically, than it was when the first parks were established in the 1950s, it adds.

Positive
• Jobs for local people
• Income for the local economy
• Helps preserve rural services like buses, village shops and post offices
• Increased demand for local food and crafts
• Tourists mainly come to see the scenery and wildlife, so there is pressure to conserve habitats and wildlife

“Today we recognise diversity as the mark of a healthy and resilient society,” the report says. “However, many landscape bodies have not moved smartly enough to reflect this changing society, and in some cases show little desire to do so.

“We want our nation’s most cherished landscapes to fulfil their original mission for people, providing unrivalled opportunities for enjoyment, spiritual refreshment and in turn supporting the nation’s health and wellbeing.”

Proposals outlined by Glover include schemes to increase the ethnic diversity of the visitor mix, expanding open access rights and recognising the importance of national landscapes in the government’s upcoming Environmental Land Management scheme (ELM).

ELM will largely replace direct farm payments when the UK leaves the EU, with a new scheme based on “public money for public goods”. Farmers will be rewarded for undertaking environmental measures – and for encouraging public access to their land.

NFU president Minette Batters has warned that farmers must be included as new schemes are devised. “It is crucial that farmers’ roles shaping our protected landscapes over generations is recognised in any future policy, alongside their primary role as food producers,” she says.

The Country Land and Business Association has called on the government and policy-makers to work more closely with growers and livestock producers. Landowners and farmers have a crucial role in turning any new vision for national parks into reality, it says.

The Foundation for Common Land, which works with hill farmers to conserve the cultural landscapes associated with many uplands, says increasing visitor numbers beyond the 16.4 m people who already visit the Lake District annually will add to the area’s challenges.

“That’s a lot of traffic and a lot of carbon emissions,” says Viv Lewis, the foundation’s programme manager. “The whole place is already becoming completely saturated with visitors. Attracting even more people is easy to say but the reality is more complicated.”

Any new scheme must work for farmers and commoners – not just the environment and the wider public, she argues. “If we lose a lot of upland farmers, then the whole character of these rural areas will change – and that won’t necessarily be good for anyone, or for the environment.”

Encouraging more visitors to the countryside must strike a difficult balance between the needs of farmers, the wider rural economy and the environment – as well as society at large.

National parks are some of our most treasured landscapes, nurtured over the centuries by generations of farming families. It is precisely their inaccessibility that has protected these special places and made them what they are today.

As is often said, national parks are not museums or theme parks. They should be living and thriving places – environmentally, socially and economically.

More visitors could help achieve that. But farmers are integral to achieving a sustainable future.

More visitors – including day-trippers and tourists who stay for longer – would create more opportunities for some of our most remote and hard-pressed farmers to make a living, enabling them to continue producing food while looking after the rural environment.

A wider diversity of visitors would also enhance links between farmers and the general public.

It would encourage a wider public appreciation of agriculture and the countryside – and of the challenges faced by the farmers who look after the rural environment.

All this is good. But it must be done carefully. High visitor numbers have already damaged some of our most-loved landscapes – eroding footpaths and trackways.

Yet at the same time, visitors help ensure a thriving rural economy while increasing public health and wellbeing.

Getting the right balance will not be easy. But farmers must have a fair say in how it is achieved.

Without it, well-meaning policy makers risk destroying our most treasured places – and the farming communities who look after them – with an overdose of misplaced love.

Government response expected ‘in due course’

Published last September, the Glover review was intended to find out whether protection for National Parks and areas of outstanding natural beauty (AONBs) was still fit for purpose – including what might be done better and what changes might be needed.

The 27 recommendations of the review include more funding, better environmental protection, programmes to increase the diversity of visitors, expanding volunteering schemes and better information and signs to guide tourists.

The government said it would respond in full to the report “in due course”. With last month’s general election out of the way, that response is expected later this year, possibly after a cabinet reshuffle and the appointment of a new Defra secretary.

Case study: ‘As farmers, we must tell the full story’

“How the area looks is largely down to the way it has been farmed over the years – and we need to get that message across,” says Mr Cockbain, whose family has farmed in the area for more than 300 years.

“We need to tell the full story. As farmers, we interact with the general public a lot. Visitors who come here say they want a living landscape – they like to see dogs working with sheep and they like to see us moving cattle. It is something they care about.”

Farmers could plant more trees, says Mr Cockbain, who is chairman of the Swaledale Sheep Society. But agriculture is integral to the landscape.

“It is about striking the right balance between good farming practices while delivering for the environment,” he adds.

“The farming systems here are in tune with their surroundings. Our sheep graze rough pasture and finish on grass, turning low-grade forage into a protein. They have a low carbon footprint – while helping to maintain what is a World Heritage site.”