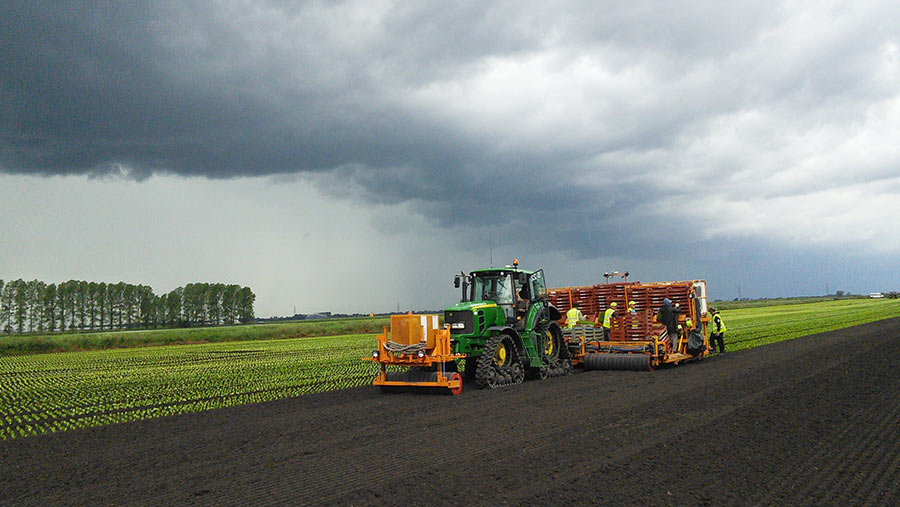 The important contribution of farming in the Fens is highlighted in a new report, which calls for flood-defences to be maintained as sea levels rise.

Fenland agriculture supports a food chain worth £3.bn while employing 80,000 workers from field to fork, it says – some 16% of the 500,000-strong population around the Wash in south-east Lincolnshire, north Cambridgeshire and west Norfolk.

Well-maintained flood defences are essential to protect the people, businesses and 1,500sq miles of the Fens, says the report.

“If farmland is flooded from the sea it will be out of production for at least five years because of the effect of salt,” it warns. “Freshwater flooding will damage crops if they are under water for a week or more.”

NFU vice-president Stuart Roberts said farmers are at the forefront of efforts to mitigate climate change while growing high-quality produce. He added: “This document highlights how the Fens delivers for Britain – both for food and the environment.”

But an Environment Agency consultation has called for a new approach to flood management – warning of a potential 4C rise in global temperature. It has suggested that entire communities might have to “move out of harm’s way” in the longer term.

Agency chairwoman Emma Howard Boyd said: “The coastline has never stayed in the same place and there have always been floods, but climate change is increasing and accelerating these threats. We can’t win a war against water by building away climate change with infinitely high flood defences.”

A public consultation suggests the Environment Agency will work with farmers, landowners and others to identify opportunities for using agricultural practices – through funding, advice and regulation – to manage flooding and coastal change from 2021.

Land drainage and flood defences in the Fens are looked after by internal drainage boards. They maintain 3,800 miles of watercourses and 286 pumping stations, with a combined capacity to pump the equivalent of 16,700 Olympic-sized swimming pools in 24 hours.

Robert Caudwell, chairman of the Association of Drainage Authorities, said: “The new national strategy offers a key opportunity for IDBs to build stronger partnerships with the Environment Agency and local authorities, and contribute to combating climate change.”

‘Farmers must be proactive over flood defences’

Action must be taken to protect farmland from flooding, says a legal expert who acted for 14 landowners wanting to improve sea defences around the Wash.

“The launch of the Environment Agency’s consultation on its flood strategy is a timely reminder that those at risk, particularly in rural areas, should take proactive steps to protect themselves,” said Simeon Disley, partner at Roythornes Solicitors.

Farmers should look to take control of their own flood protection, added Mr Disley.

Government planning will prioritise areas with higher populations – so there will be competition between towns and communities seeking public funding to improve flood defences.

“Farmers and landowners in less-populated areas must step forward to make their case for the protection of their areas, they cannot expect others to do it for them,” he said. They should also expect to contribute to the cost of flood protection.

Mr Disley said neighbours also need to collaborate to present a combined plan and case for their protection as flood water has “no respect for farm boundaries”.

He added: “It is not realistic to expect public funds to pay for the entire defence system. Those who are prepared to contribute in kind or in cash will add value to their proposals and be more likely to get public support.”

Roythornes recently acted for 14 landowners and four farming tenants who came together to form a partnership with the Witham Fourth District Internal Drainage Board to improve a 3.5-mile section of sea bank – the first substantial improvements to local flood defences since 1982.