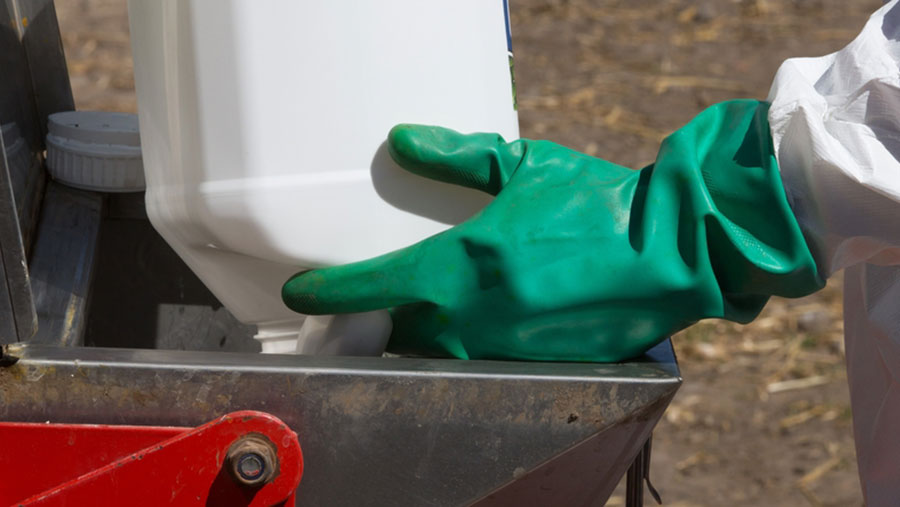 A pesticide amnesty scheme could be extended after farmers handed in more than 2,000kg of banned and unwanted chemicals.

Anglian Water worked with Lincolnshire farmers to remove out-of-date or unwanted pesticides from farms, including leftover chemicals that have recently been banned.

Some 29 farmers took advantage of the free scheme, which saw the water company employ specialists Chemclear to remove 247 unwanted products.

The aim of the scheme is to safeguard against any chemicals accidentally finding their way into the county’s watercourses and ground water.

Anglian Water farming adviser Kelly Hewson-Fisher said pesticides were a vital tool for farmers in the battle against crop diseases and weeds.

But she added: “Sometimes even the most organised farm manager can find themselves with an out-of-date bag of chemicals or a product which was perfectly legal when they bought it, but which has since had its licence revoked.

“If any of these accidentally found their way into a watercourse there would be implications for wildlife and water quality.

“The safest option is to remove them from the farmed environment completely.”

Ms Hewson-Fisher said Anglian Water had a good relationship with farmers participating in the amnesty scheme.

“All the farmers we dealt with were more than happy to take advantage of the service and it’s now something we’re looking to expand in other areas.”

Although it was possible to remove most pesticides from raw water before it was supplied to consumers, it was better to ensure they didn’t enter watercourses in the first place.

Any farmers in the catchment area around the Louth Canal, Great Eau and River Ancholme were eligible to take advantage of the pesticide amnesty.

The service was free and entirely anonymous.

Ms Hewson-Fisher said the slug pesticide metaldehyde continued to one of the biggest issues for water quality in the region.

“It is not viable to remove the chemical at treatment works and there is strict water-quality legislation covering it,” she said.

Anglian Water was working with growers to encourage them look at how alternatives to metaldehyde might bring benefits the their farm businesses.