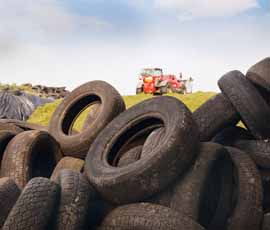 Slurry stores, silage clamps and fuel tanks more than 20 years old will all have to be rebuilt under government plans to reduce pollution risks from agriculture – leaving farmers facing a bill that will run to millions of pounds.

Proposals contained in a DEFRA consultation would end a 20-year rule exempting farmers from making costly alterations so existing stores complied with slurry, silage and agricultural fuel oil regulations. If approved, all slurry stores built before 1 March 1991 would have to be replaced.

Older stores were not necessarily built to specifications set out in the slurry regulations, and may be smaller than the required capacity, says the consultation document. But some farmers are avoiding replacing them because it would mean building a larger and more expensive facility, it suggests.

These stores will be almost 22 years old by the time revised nitrates regulations come into force in 2013. The consultation says: “They will be nearing or at the end of their useful lives, and the risk of pollution from ongoing leaks or catastrophic failure will be increasing significantly.”

Dairy farmers, pig producers and poultry producers would all be affected – whether or not they were in a nitrate vulnerable zone. NFU dairy board chairman Mansel Raymond said: “This is the worst set of draconian regulations to have hit the livestock sector in a hell of a long time.”

The government claims that maintaining the exemption is likely to result in a number of “avoidable failures” of slurry stores. This would damage the environment and result in costly work at public expense to clear up the pollution and prosecute offenders, the consultation warns.

“The public has a reasonable expectation, over two decades after the rules were first introduced, that all stores should now comply with the standards set out in the regulations. Similar arguments apply in the case of silos and fuel storage tanks. We therefore propose to remove this exemption.”

The NFU estimates that one in four slurry stores are more than 20 years old. But many were still in good condition, it added, and did not need replacing. There was absolutely no justification for the proposed changes, which would heap costs on farmers, the union warned.

NFU president Peter Kendall said the union was vehemently opposed to the proposals. He added: “We are going to throw the kitchen sink at this. We’ve got to show the government where the science falls down and fight it that way.”

The consultation document is available on DEFRA’s website. Deadline 16 March 2012.