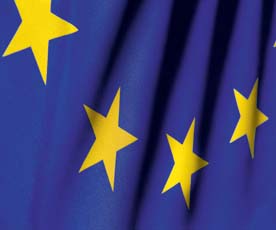 Plans to reform the Common Agricultural Policy (CAP) will burden farmers with even more red tape and fail to create a profitable agricultural industry, a committee of influential MPs has claimed.

In a damning review of proposed reforms of the CAP, the government’s Environment Food and Rural Affairs (EFRA) committee said the plans could lead to the creation of an even more bureaucratic direct payments system than the one currently in place.

In a report published on Friday (15 April), the committee criticised the European Commission for its vision on how to improve the industry’s profitability while tackling the issue of rising food prices.

It also said it was unimpressed by DEFRA’s ability to properly represent UK farmers in negotiations and said the department’s plans to remove direct subsidies were unconvincing.

The 72-page document said the first priority of the CAP should be to maintain the EU’s food production with less reliance on direct support in the long term.

But it said subsidies should be left in place until at least 2020.

“While we broadly support the government’s desire to reduce reliance on subsidies, we do not believe that cuts to direct payments are the best way to achieve this,” said Anne McIntosh, EFRA committee chairwoman.

“Ministers need to set out exactly how UK farmers will become self-supporting, against rising input prices and greater competition.”

“Given the ongoing debacle at the Rural Payments Agency, the government must not waste any more money on such activities,” she said.

The report said “greening” Pillar 1 would also stifle farmers with regulation rather than encourage sustainable agriculture.

Setting out its objectives for CAP reform, the committee said DEFRA’s handling of the debate so far had failed to impress.

It called on the department to produce a position statement on the CAP so it was in a “credible and effective” position to negotiate ways to improve industry competitiveness and sustainability.

NFU president Peter Kendall said the report was an accurate assessment of the shortfalls in the commission’s reform plans.

“We see a real risk that our government will marginalise itself if it maintains an extreme position on the future CAP,” he added.

Mr Kendall said the NFU shared the commission’s concerns about greening Pillar 1 as it was likely to hinder competitiveness, add bureaucracy and provide few environmental benefits.

“We need the commission to take a step back and consider the most effective way in which to deliver any additional environmental benefits rather than dogmatically pursuing an approach that will inevitably end up tangling farmers in ‘green’ tape,” he added.