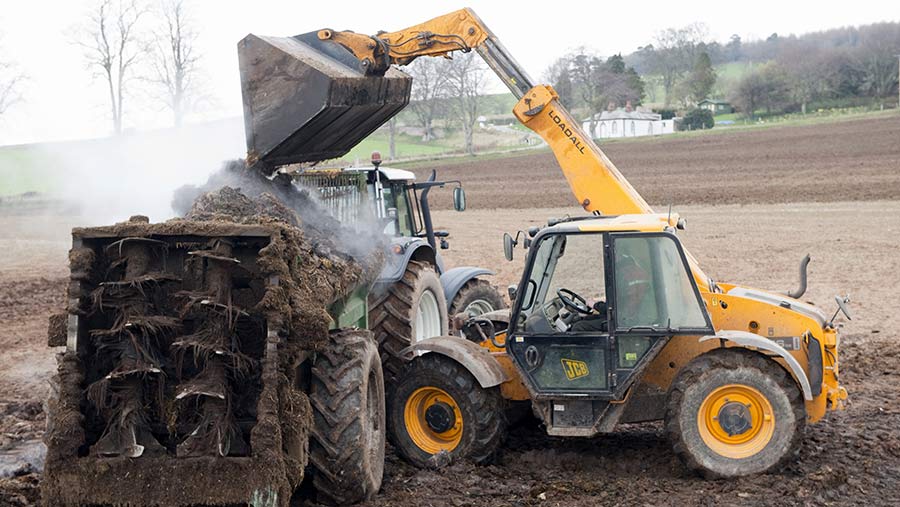 A wholesale switch to organic farming would result in a net increase in greenhouse gas emissions – unless consumers radically changed their diets, a study has found.

Shifting 100% to organic production across England and Wales would reduce yields by as much as 40%, sucking in food imports to make up the shortfall, it suggests.

Published in the journal Nature Communications on Tuesday (22 October), the study was conducted by researchers at Cranfield, Reading and the Royal Agricultural universities.

They said the increased imports would require more land use overseas, leading to a net increase in overall greenhouse gas emissions even though UK emissions would fall.

“We predict a drop in total food production of 40% under a fully organic farming regime – compared with conventional farming – if we keep to the same national diet,” he said.

“This results from lower crop yields, because yields are restricted by a lower supply of nitrogen, which is mainly from grass-legume leys within crop rotations or manure from cattle on pasture.”

The report say shifting to 100% organic farming in England and Wales would:

To offset the overall shortfall in domestic production, the study estimates that a fivefold increase would be needed in the area of overseas land producing food destined for England and Wales.

This additional land would probably be of sub-optimal quality and not as productive as the higher-quality land it replaced, said Laurence Smith, agroecologist at the Royal Agricultural University, Cirencester.

“A net reduction in greenhouse gases would only be achievable if accompanied by a major increase in organic yields or widespread changes to national diets,” Dr Smith said.

Organic farming initially involved higher carbon sequestration rates than conventional agriculture – a result of higher manure use and longer crop rotations – but this was limited to the first decade or two.

Soil would eventually reach a steady-state when carbon sequestration rates fell to zero, so UK organic farming would offset only a fraction of the higher emissions overseas.

The research concluded that net greenhouse emissions under a fully organic farming production method could increase by 21% over conventional farming baselines.

But this assumes that only half the extra overseas land would be converted from grassland, with emissions forecast to rise 170% once the carbon opportunity cost is factored in.

This study is the second report in as many months to scrutinise the environmental impact of organic and conventional farming methods.

Last month, a study by Cambridge University concluded that intensive, high-yielding agriculture may be the best way to meet rising demand for food while conserving biodiversity – dubbing it the “least bad way forward”.

The Cambridge researchers measured the environmental costs of what they called major “externalities” – such as greenhouse gas emissions, fertiliser and water use – generated by high- and low-yield farming systems.

They concluded that many high-yield systems were less damaging and used less land.

Examples include enhanced pasture systems and livestock breeds in beef production, the use of chemical fertiliser on crops, and keeping dairy cows indoors for longer.

The Soil Association disputed the Cambridge findings, pointing to previous studies that suggest organic farming is better for the environment, including when damage caused by energy and chemical inputs in non-organic systems are factored in.

This month, a separate report by Organic Farmers & Growers (OF&G) called for a new approach to assessing the productivity and efficiency of UK agriculture.

Rather than profit and loss, it says there should be more focus on overall equity value or net worth.

OF&G report author Christopher Stopes also called for more focus on reducing food waste and on-farm nutrient cycling rather than the “misconception” that big increases in food production are needed to feed a world population forecast to reach 9.7 billion by 2050.

He added: “About one-third of the food we produce is currently lost or wasted, so if policies were directed to avoid waste and encourage balanced dietary choices with meat and non-meat foods, we could feed 9.7 billion now.”