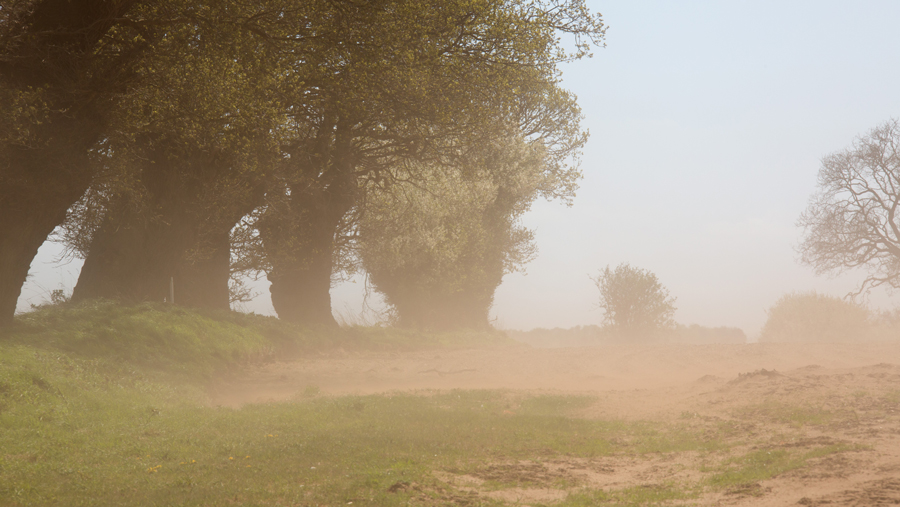 Climate change is threatening the UK’s food security, says a report by MPs which calls for government action to curb greenhouse gas emissions.

A high dependency on imported fresh food, coupled with failure to act on climate breakdown, is risking national food security, says the document.

Called Our Planet, Our Health, the report was published by the House of Commons Environmental Audit Committee on Tuesday (17 September).

Producing more food in the UK would reduce the dependency on a handful of countries, says the report – a situation it describes as “risky”.

The study highlights the extent to which climate change could affect the UK population – including its impact on health, food security, life in cities and air quality.

‘Without rapid action to curb greenhouse gas emissions and efforts to safeguard the environment we risk causing irreversible damage to the planet,” it says.

“This is already having a significant and growing impact on human health, with the affects set to become more severe.”

Committee chair Mary Creagh MP said: “The health of the planet matters because it affects what we eat and whether we can eat in future.

She added: “We import nearly half of our fresh fruit and vegetables from countries at risk from climate breakdown.

“We are facing a food security crisis, exacerbated by uncertainty over the UK’s future trading position with the EU and the rest of the world.”

Ms Creagh also called on the government to make public its preparations for a no-deal Brexit.

“Ministers must now publish all the information they hold from Operation Yellowhammer on food security and likely costs in the event of a no-deal Brexit.

The report expresses particular concern about the impact of food price rises on the poorest people in the UK, particularly vulnerable groups such as children and pensioners.

“What’s needed is a planetary health champion to put this agenda at the heart of government.”

The report claims the government has ignored advice on food security from the Committee on Climate Change, which has suggested that farmers should be rewarded for tackling climate change.

In the UK, food contributes up to 30% of total greenhouse gas emissions, with food waste totalling 10 million tonnes every year, says the report.

In future, extreme temperatures and rising rainfall could increase disease among the UK’s livestock, with crops likely to be hit by more frequent water shortages, it adds.

The report says the government should ensure its National Food Strategy recognises the risks to food security from importing 40% of the UK’s fruit and vegetables.

It says the government should explore policies to mitigate these risks and ensure that the UK delivers healthy diets to all income groups, especially in the event of a no-deal Brexit.