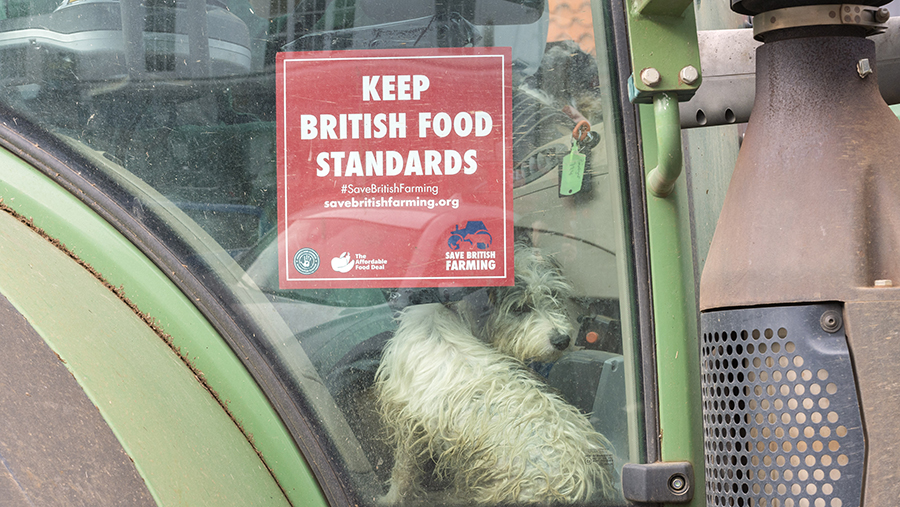 A joint letter backed by 22 food, farming and environmental organisations is urging the UK government to do more to protect British farmers from being undercut by cheap food trade deals after Brexit.

Led by campaign group Save British Farming, the letter is being backed by Sustain: The Alliance for Better Food & Farming, Compassion for World Farming, the Pasture-Fed Livestock Association, the Landworkers Alliance, Friends of the Earth, Organic Farmers & Growers, NI Farmers for Action and others.

Opposition political parties including the Green Party of England and Wales, the Social Democratic and Labour Party (NI) and the Scottish National Party, have also added their support.

The letter states: “Our organisations are united in concern about the government’s pledge to strengthen the Trade and Agriculture Commission (TAC).

“We believe this is not only designed to sidestep amendments that would write high standards for food and farming into law, but it also serves to bake in a temporary commission whose composition was already poorly representative of farming, environmental, health and animal welfare concerns.

“As such, the TAC does not carry the support of the communities it purports to represent.

“Furthermore, it is hard to see how the TAC or parliament have any powers in law to force changes in a damaging trade deal. As such, we argue that the intention of government is to claim support for high farming and food standards whilst preparing to torpedo the same. This is unacceptable to ourselves and, we believe, the public at large.

“We demand high standards clearly guaranteed in primary legislation and a revised TAC that is actually representative of, and trusted by, farming, environmental, health, and animal welfare communities.”

The Agriculture Bill returned to the House of Lords on Monday (9 November). Labour peer Lord Grantchester withdrew his amendment to the bill, which would require all food imported as part of trade deals to match the UK’s standards.

The Agriculture Bill will now go to the Queen for Royal Assent, the final step before it becomes law.

The UK government has repeatedly insisted it will not sign up to any free-trade agreements with the US and other countries that would undercut British farmers.